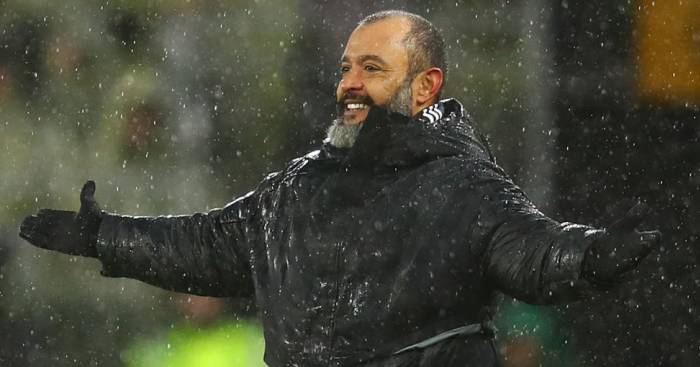 Nuno Espirito Santo admits Wolves had luck on their side as they recovered from a poor first half to win 2-1 at Norwich.

The Canaries took the lead through Todd Cantwell and could have been out of sight at the break were it not for some poor finishing and top goalkeeping from Rui Patricio.

Romain Saiss then headed home to level the scores at Carrow Road, before Raul Jimenez’s 16th of the season completed the comeback and left the hosts stunned.

Nuno said: “We have to look at the first half. It was not good.

“We let Norwich play. They played so good. They have their vertical lines that cause you so many problems.

“We were not working and they created many chances. We were lucky that we stayed in the game.

“We pressed high, recovered balls and created chances. We managed the game, so I’m happy.

“I’m not so happy with the first half, but this is growing.

“When you learn from your mistakes and immediately react, this is the growing process we want.”

Daniel Farke’s men dominated the first 45, and on why that was the case, Nuno added: “Norwich are very good, with very good players – one touch, with combinations that require a lot of hard work when you want to defend.

“In the first half, we were not doing that.”