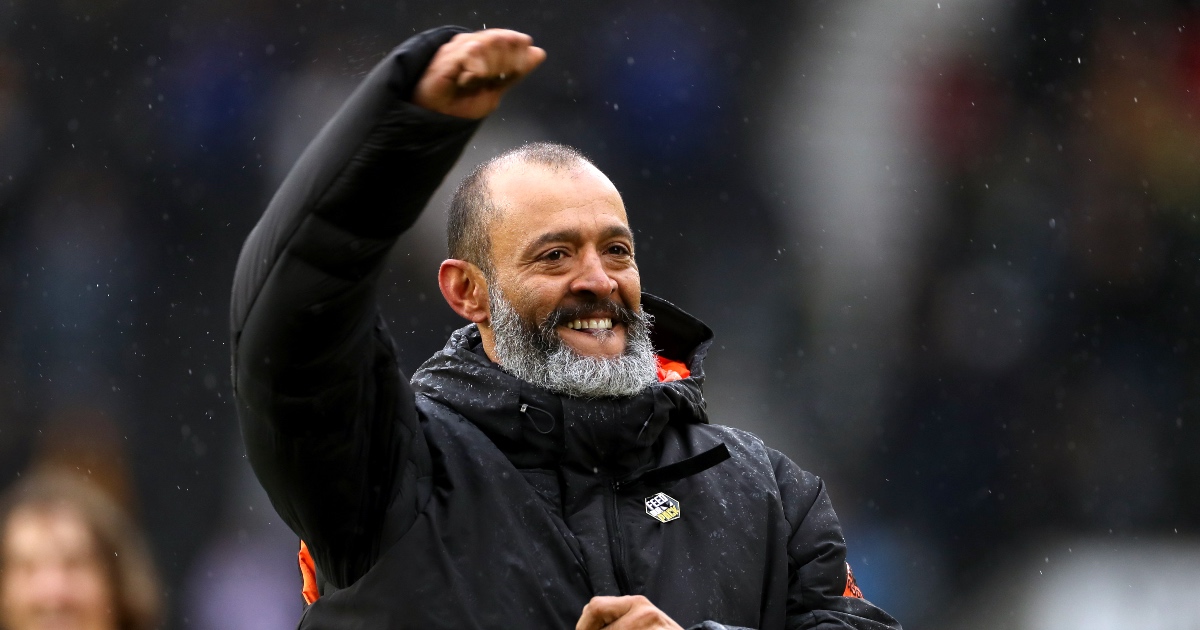 Nuno Espirito Santo is on the verge of an immediate return to Premier League management as he is set to become the new Crystal Palace boss.

The former Wolves manager is in advanced talks with Palace and is close to being announced as Roy Hodgson’s replacement.

This comes only three weeks after his surprise departure from Molineux.

The Portuguese boss guided the club from the Championship and into the Europa League, while he also became the first boss to guide a Wolves team into a European quarter-final for almost 50 years last season.

However, after two consecutive seventh-placed finishes, things haven’t gone as well for Nuno this term with the club currently 12th in the Premier League.

On leaving, Espirito Santo told the club’s official website: “Since the first day we arrived at Compton, our ambition was to make a positive change and push this football club forward, and I am proud to say that we did that every single day. We achieved our goals, we did it with passion and we did it together.

The Portuguese has also been linked with the vacant managerial job at Everton, but this is looking less likely now with his Palace appointment imminent.

The Eagles have considered a number of potential managers, with Steve Cooper being linked after a good season in charge of Swansea City.

It is a big summer ahead for the London club, with numerous first-team players’ contracts expiring, including Andros Townsend, Gary Cahill, Joel Ward and Scott Dann.

Belgium international Christian Benteke will be staying at Selhurst Park, however, signing a new two-year deal.

“Five years already and still a lot more to come. We have a great group of players and staff, and I’m looking forward to the season ahead and playing in front of our fans again.”

Chairman Steve Parish said: “Christian has been an integral part of consolidating our position as an established Premier League club over the last five years.

“He is an outstanding professional and has more than proven that he still has the quality and the hunger to perform for our club at the highest level, and I couldn’t be happier to see him in red and blue for another two seasons.”