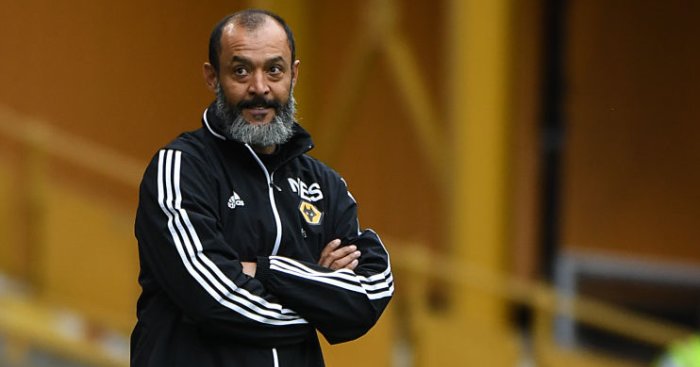 Nuno Espirito Santo says Wolves will just “prepare for the next one” after Chris Wood’s stoppage-time penalty put a dent in their Champions League hopes as they were held to a 1-1 draw at Burnley.

Raul Jimenez struck his 26th goal of the campaign with a quarter of an hour to go at Turf Moor as Wolves sought to put pressure on Leicester and Manchester United above them in the battle for European places.

But there was late drama as Matt Doherty was penalised for handball and the New Zealander fired into the top corner of the net.

It was a frustrating end to the game but Nuno had no complaints over his side’s performance.

“We just recover and prepare for the next one,” Nuno said.

“The first half was good, the second half was good. We were always in control very, very well in the middle of the park, pressing high, recovering the ball.

“We didn’t allow Burnley to play, they would always go direct but we controlled it well deep. The team was good.”

The result leaves Wolves three points off the top four, having played a game more than Leicester and United, but also under pressure from behind, with Spurs one point back and Sheffield United two back in seventh.