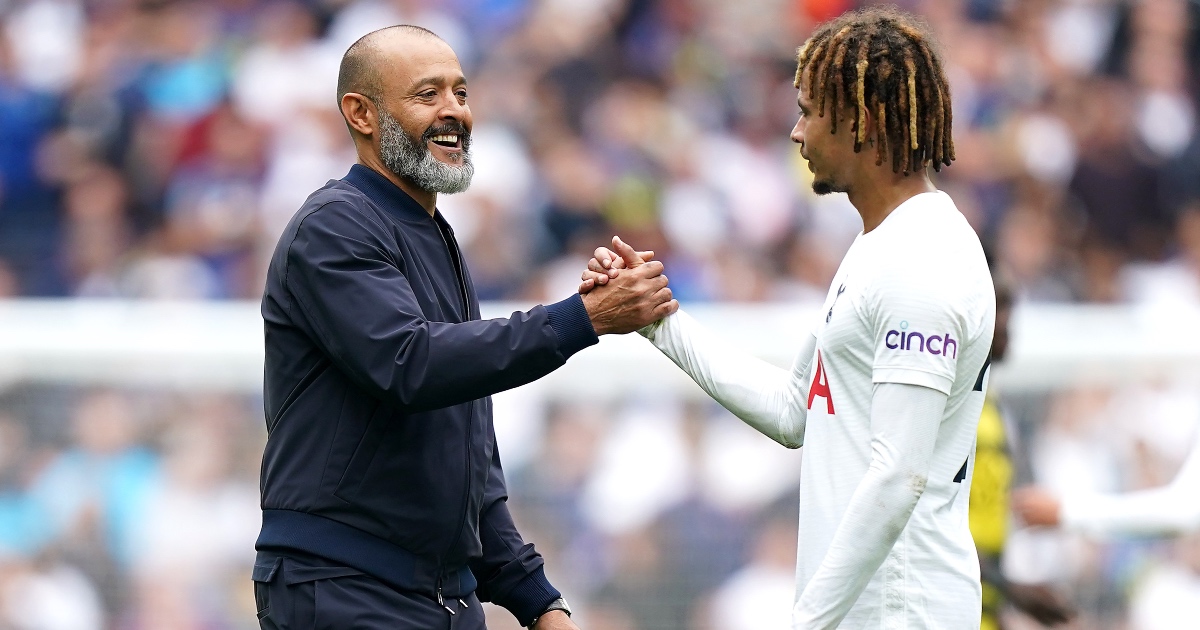 Spurs boss Nuno Espirito Santo has praised his players for their commitment and effort in the 1-0 victory against Watford.

The north London side continued their perfect start to the Premier League campaign thanks to Heung-Min Son.

He marked his 200th league appearance by scoring from a free-kick, which fooled everyone including Watford shot-stopper Daniel Bachmann.

Dele Alli had a chance to make it 2-0 in the second half. A sweeping Spurs move caught the Hornets out, allowing Harry Kane to put the ball in for his compatriot.

Alli arrived in the box at the perfect time but dragged his shot just wide.

In a post-match interview with BBC Sport, Nuno said: “We worked hard. The boys have been very committed to our idea on how we want to be. We still have a lot of things to improve, performances help create this atmosphere.

“We go beyond our own limits when we need to. This is what the boys did today. It was a tough game.

“We have a very good group of players. Individually they have their own targets but Son always works for the team.

“We need everybody. Today Harry helped to lift the team a lot. He is improving, he did 90 minutes after playing on Thursday which shows his commitment. We are thankful for the fans being supportive.”

When asked about the international break and issues concerning red-list countries, he added: “We need a solution. It is important for the government to understand the situation. We [are] aware that saying you can’t play for the national team is difficult.”

Arguably Watford’s best chance of the game fell to Liverpool-linked winger Ismaila Sarr. He turned and sent a shot goalwards, only for it to be blocked by Davinson Sanchez, allowing Hugo Lloris to catch. There were calls for handball but nothing was given.

Spurs will be looking to continue their good form after the break. They face Crystal Palace on Saturday September 11 at 12:30.