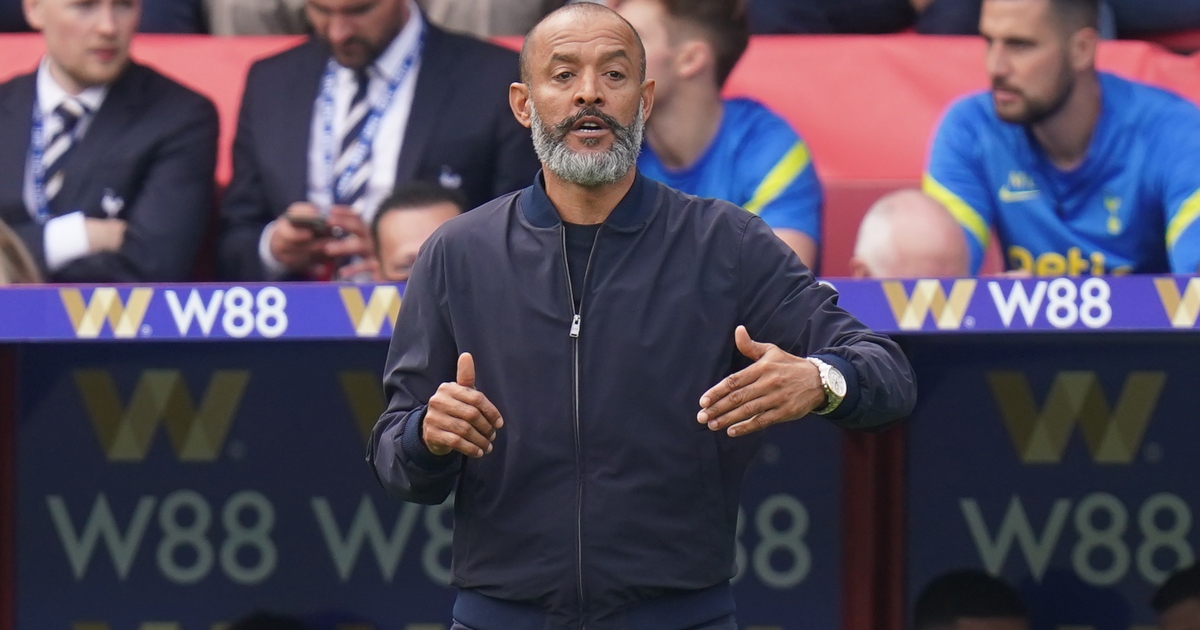 Nuno Espirito Santo has been unlucky with injuries and Covid-related absences following the international break, but Spurs’ defeat against Crystal Palace was at least partly self-inflicted.

This has been a year of cognitive dissonance for Nuno Espirito Santo. He was approximately the 73rd choice for the Spurs manager’s job, the selection apparently only made when all other options had been exhausted. He spent the pre-season forced to answer interminable questions from the media about The Harry Kane Situation, which had not been of his making in any way whatsoever. The international break was pretty disastrous too, with the club angered by South American players who joined their national teams despite being told not to and injuries to Son Heung Min, Steven Bergwijn and Oliver Skipp.

Early winner: Edouard, the Palace striker we all ‘wanna be’

But this only tells part of the story. Nuno carried himself with about as much dignity as could have been hoped for from the relentless speculation about Kane’s future, and the striker eventually stayed. As the Premier League returned after the international break, Nuno sat at the top of the Premier League with three 1-0 wins, and a lunchtime kick-off against Crystal Palace with the potential to put his team five points clear at the top of the table.

Crystal Palace were always going to be a test. On the surface, their start to the season hadn’t been great, with two points from their first three matches and an early elimination from the Carabao Cup, but their only league defeat had come at Chelsea, and in their last Premier League match they’d achieved a creditable 2-2 at West Ham in which they scored their first goals of the season. Palace’s non-international players at least should all have been rested. After four competitive matches this season, they had yet to travel any further than Watford.

Nuno had another headache to deal with after just seven minutes had been played. It had been a scrappy opening when Eric Dier and Jordan Ayew got entangled while chasing a ball that was running out for a throw. Five minutes of limping later, Dier had to be replaced by Joe Rodon. It was the most significant moment of the opening quarter of a match which felt as though it might have stayed up a little too late last night.

As the home side started to impose their will, Spurs seemed to have little to offer in return. The diamond-shaped midfield had a hole in the middle of it into which Palace could easily assert themselves. Oliver Skipp, who was hurt playing for the England under-21s, didn’t look fully fit, while Kane barely touched the ball.

It was something of a surprise that Nuno didn’t make any changes at half-time, but Spurs did at least seem to start the second half with a little more urgency – for a couple of minutes, at least. It didn’t take long before Palace were asserting themselves again, with Conor Gallagher as their main threat, but the game really spun on its axis after a fight between Wilfried Zaha and Jasphet Tanganga. After both players had been persuaded to put their handbags down, referee John Moss proffered two yellow cards.

The fight woke up the Selhurst Park crowd at least, and it seemed to wake Tanganga up a little too much. Only a couple of minutes after his first yellow card, he misplaced a pass and mistimed his tackle to try and recover the ball earned him a second, which he could hardly have any complaints about. Finally, Nuno was forced to make a change, replacing Harry Winks with Ben Davies to try and shore up an already patchwork defence.

With Spurs rattled and Palace finding significant space on the left, the home side continued to edge closer and closer towards scoring until Spurs handed them the chance they needed, Davies sticking out an arm to block Gallagher’s cross. Zaha rolled the penalty in with little difficulty, a goal that had been coming for a long time and which was thoroughly deserved, and when Palace replaced the hitherto anonymous Christian Benteke with Odsonne Edouard seven minutes later, the new striker scored with a low shot within a minute of coming on, with practically his first touch. In stoppage-time, with the Spurs defence apparently already heading toward the tunnel, Eduoard was given a generous amount of time and space to add a third.

The bad luck has been mounting for Nuno Espirito Santo for a while, now. The loss of seven players to injury left a hole at the heart of their defence that couldn’t be plugged, and the loss of one of his defenders due to successive rushes of blood to the head didn’t help, either. This was particularly noticeable in the closing stages, with being a player short becoming too much of a strain for an already overburdened defence.

But at the same time, there were obvious deficiences in Spurs’ set-up and performance which need to be addressed. The diamond midfield didn’t work, creating space that Palace’s players could easily exploit, and too many of their players seemed off the pace after the international break. Kane played as though he didn’t want to be there. When Lucas Moura was booked for throwing the ball at the ground in frustration during the closing stages, his reaction was understandable. He and Joe Rodon were the only Spurs players who seemed to want to play.

Impressive as Crystal Palace were, Spurs inflicted at least a degree of their defeat in this match upon themselves. Their performance had too many reminders of the manager’s final months at Wolves, and the abject nature of his team’s performance at Selhurst Park has pricked the already fragile early season optimism brought about by those first three wins. If he’s going to improve on the underwhelming football played by his predecessor and avoid being remembered as an appointment made because they couldn’t find anybody else, Nuno Espirito Santo is going to have to find a way of stopping Tottenham Hotspur from reverting to type.