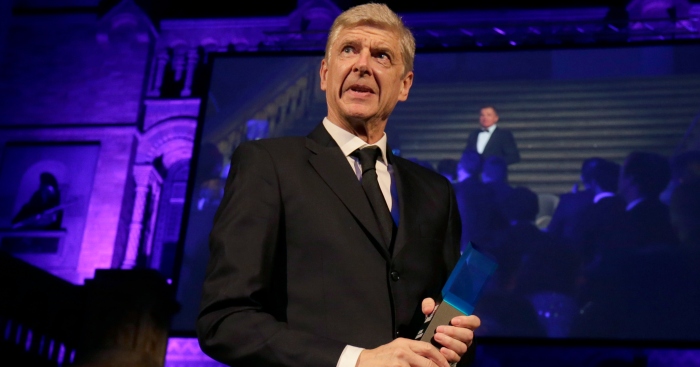 The technology will be used for the first time in the Europa League this season on Thursday, with Wolves hosting Espanyol in the last 32.

Former Arsenal manager Wenger’s plan would mean a player would be deemed onside if any part of their body is level or behind the last defender.

Football’s rulemakers, the International Football Association Board, meets next weekend and has ruled out making changes but Nuno agrees with Wenger’s call.

He said: “Everybody that is outside the decision-making of the law can give opinions and clearly the opinions are to improve, to make things better for everybody. So if Arsene Wenger said that I support it.

“The best people to judge and to make decisions are implicated. I truly respect them but like I say, make it better for everybody so that does not become an issue.

“VAR has names behind them, there are referees judging those decisions so every time we say ‘VAR’ we must start doing ‘Who is doing VAR’, more public. If it improves – good.

“It’s part of us. It is here to stay, the only thing I hope for is an improvement. To be more clear to everyone, especially for the players because sometimes they are on the pitch and they don’t understand the decision.

Wolves were denied a win by VAR in Friday’s 0-0 draw with Leicester after Willy Boly’s header was disallowed because Pedro Neto was marginally offside.

They now turn their attention to Espanyol who are bottom of LaLiga – having finished seventh last season – after winning just four times.

They topped Group H with 11 points and have played 39 games this term having started their campaign with the qualifiers in July, like Wolves.

Thursday’s clash will be Wolves’ 43rd game of the season and Conor Coady believes the squad are proving any doubters wrong.

“It’s brilliant, any player will tell you they want to play than train. It’s something every player wants,” he said, with just Ruben Vinagre missing for Thursday’s game with a hamstring injury.

“It’s what you work for. A lot of people wanted to see us and say ‘they are finding it tough’ but we wanted to embrace it and show to ourselves and our supporters we could do it.”