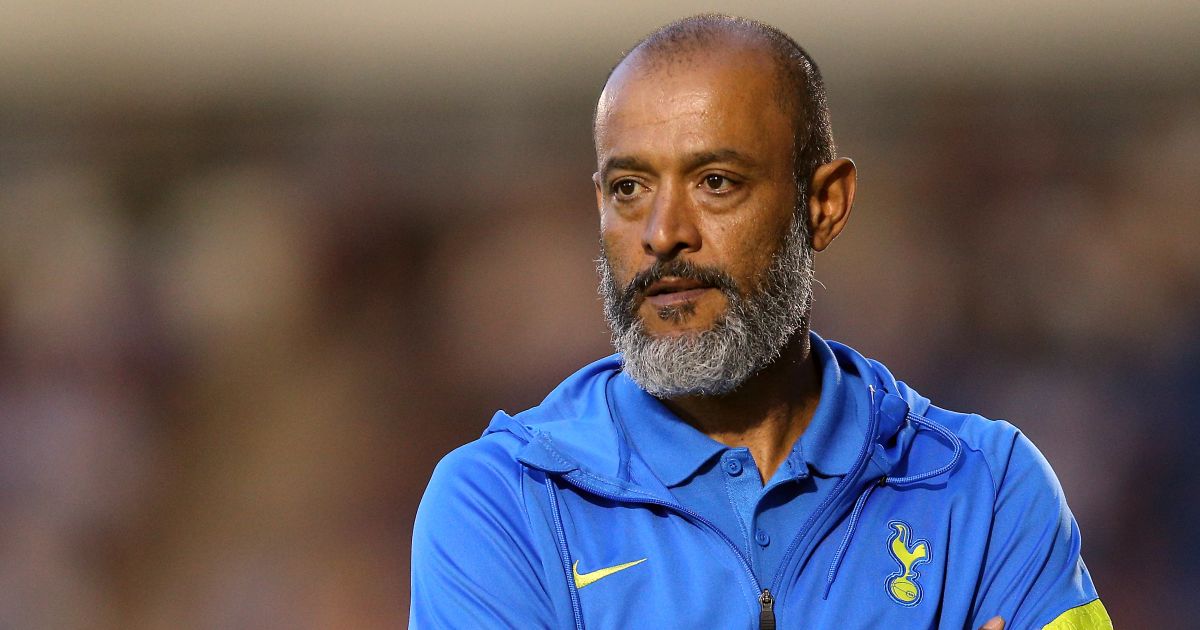 After the high of that Premier League 1-0 win over Manchester City in front of a full-throated White Hart Lane came its diametric opposite. An entirely different Spurs team – literally and figuratively – losing 1-0 in a half-empty 9,000-seat stadium in Portugal to Pacos Ferreira in the play-off round of the Europa Conference League.

In a game of few chances – only one of them for Spurs and that in the third minute when Ryan Sessegnon failed to convert from a Bryan Gil cross – Spurs will in truth be relieved to head home with damage to their pride but their hopes in this third-tier European competition still intact. It could have been so much worse than 1-0, and while Pacos’ decision to stick with the famous victory they had was understandable you couldn’t help but wonder if they’d passed up an opportunity to really make things spicy. So comfortable were the Portuguese side that there seemed almost no danger in them pursuing a second or third goal against this particular Spurs team.

As it is, in the post-away-goals world, you would expect a very different Spurs side to get a very different result at home in a week’s time. They will at the very least have to muster a shot on target, something they failed to do and failed to ever really look like doing here.

But that isn’t really the point. Against a game but enormously limited Pacos side who were thrashed 3-0 by Boavista at the weekend, a second string Spurs side came off wildly second best in all departments from tactics to composure to heart to desire to basic technique. There was only one team that really looked like it wanted to be in the competition, and there is still a live chance that both teams will get their apparent wish after next week’s second leg.

No player in white emerged with reputation enhanced, while some suffered serious damage. Harry Winks had a truly dreadful night and was already on the supporters’ hitlist long before a game spent hiding behind others and giving away possession and fouls on the rare occasions he did find himself having to get involved. It was quite literally impossible to comprehend that this was the same player who was once the best player on the pitch in a Champions League game at the Bernabeu.

Other causes for concern – all of them caveated to an extent by the scratch nature of the side and the near certainty of something far stronger turning up in a week – could be found everywhere.

Cristian Romero had a deeply worrying first start given the limited nature of the opponents. All too often – and most notably for the Pacos goal – he was caught square and and also showed tendencies to step over the line between aggressive and rash with his decision-making. He will pick up a lot of yellow cards and spend a lot of Premier League minutes walking disciplinary tightropes.

Bryan looked every inch the reincarnation of David Ginola – for about five minutes before fading out of the game entirely. Dane Scarlett didn’t even have scraps to feed on up front but did at least demonstrate the intense physicality of his game that marks him out as a 17-year-old of rare promise and potential.

What hopes there were of a Spurs comeback in the second half were built on a couple of brief moments from Sessegnon, but with none of those who featured against City even on the bench there was nowhere for Nuno to turn in hope of inspiration. An entirely new starting XI was understandable – especially given it included the three new signings as well as senior pros such as Ben Davies, Matt Doherty, Winks and Giovani Lo Celso. Nuno is entitled to have expected a great deal more than he got from every one of them. But to have no senior players on the bench was a gamble, and Nuno will have to hold his hand up and concede it is one that has backfired and placed unnecessary pressure on that second leg.

Tottenham become the first English club to lose games in each of the Champions League / European Cup, the Cup Winners' Cup, the Uefa Cup / Europa League, the Intertoto Cup & the Europa Conference League.

This might not be the competition the 2019 Champions League finalists want to be in, but they are where they are. They were pretty lucky to finish seventh last year really, and a club entering a 14th year without silverware is in no position to be sniffy about potential sources of baubles and trinkets. Defeat before the group stage would be an unthinkable embarrassment.

For Nuno, then, an interesting selection decision to make early in his reign, and you’d imagine it will result in some sort of hybrid of the Premier League XI and this one. That should help get more out of the likes of Bryan and Sessegnon while also helping Romero bed in. But Nuno will also need his superstars on the bench at the very least. Maybe even the superstar.

And on this evidence, he’s going to need them.