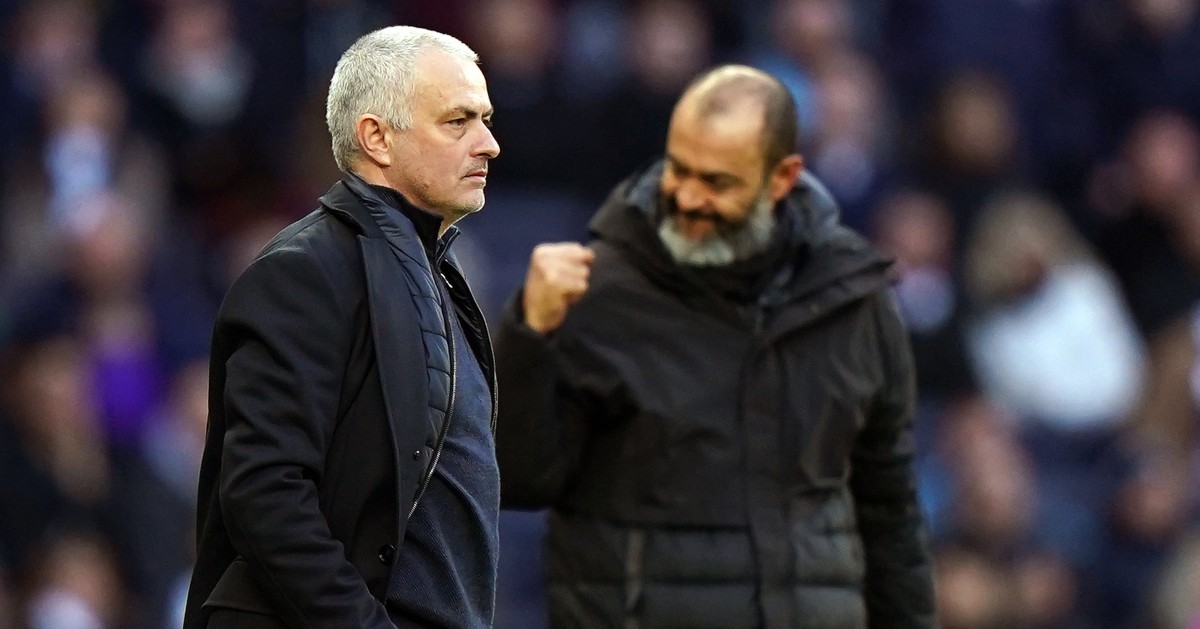 Nuno Espirito Santo was named Manager of the Month not three weeks ago but is now in danger at Tottenham. He could get the unwanted record.

A 3-1 defeat to Arsenal that met the contractual requirements to be described as chastening has suddenly made Nuno the second favourite in terms of next Premier League manager to leave their post. He is the filling in a Steve Bruce and Xisco Munoz sandwich.

Nuno was named Manager of the Month for August but his position is in significant doubt by September. Yet coaches have been sacked in similar circumstances before. Some leave at the end of the same campaign, like Dave Merrington, Nigel Pearson, Howard Kendall or three Chelsea bosses: Claudio Ranieri, Avram Grant and Carlo Ancelotti.

But in this instance we are only interested in those who were named Manager of the Month and sacked during the same season. And that has happened six times in the competition’s history.

Sheffield Wednesday resisted the temptation to simply cite the greatest lyricist of our times when parting ways with Danny Wilson in March 2000. But “we’ve got stars directing our fate, and we’re praying it’s not too late, ’cause we know we’re falling from grace” would have been a fitting way to say goodbye to the millennium’s first Premier League Manager of the Month. A draw with Arsenal and victories over Bradford and Tottenham offered a glimmer of survival hope at Hillsborough. What a month, huh? But of course, captain, it’s Wednesday – they won one of their next seven before Wilson was sacked and Peter Shreeves came in to steer the ship into the First Division.

Wilson never managed in the Premier League again. It didn’t look particularly promising when David Blunkett led four Sheffield MPs in demanding Wednesday take action in mid-January as “this sort of situation would probably have been addressed back in November at most other Premiership clubs”.

An unbeaten start to the 2001/02 campaign had the minds of Aston Villa supporters wandering once more. Title challenges had come and swiftly gone under John Gregory, while Ron Atkinson could not keep Manchester United’s pace in the inaugural Premier League season. September 2001 was particularly flattering as Liverpool, Southampton and Blackburn were swept aside, sandwiching a goalless draw with Sunderland. A Champions League tilt at least looked possible. But from November 3 to New Year’s Day they beat only Ipswich in 11 games and the damage was done when they surrendered a two-goal FA Cup third-round lead over United. Three days after beating Derby and Charlton in consecutive fixtures, Gregory bowed out on his own terms due to fan disgruntlement and issues behind the scenes with chairman Doug Ellis.

“Our poor sequence of results stretches back more than three months,” explained West Brom chairman Jeremy Peace, mindful of what came shortly before that. The newly promoted Baggies felt compelled to act after winning three of 16 Premier League games and slipping into a relegation battle that seemed to be comfortably in the rear-view mirror by September. A home draw with Tottenham, derby spoils with a 3-1 win over Birmingham and a dramatic 3-2 victory at Arsenal, combined with beating Manchester City in the League Cup, had helped dampen the disappointment of a six-goal opening-day thrashing at the hands of Chelsea. As high as sixth at one stage, West Brom subsequently crashed towards the trap door and only the safety net of Roy Hodgson could rescue them.

The quickest case of the curse striking came in 2013, when Brian McDermott started February as Premier League Manager of the Month and barely made it to mid-March before being rendered unemployed. Reading went on two separate runs of seven consecutive league defeats that season but January brought brief and beautiful respite with wins over West Brom and Newcastle, as well as a comeback draw with European champions Chelsea. Three more points against Sunderland on February 2 were the last McDermott would collect in his first stint as manager at the Madejski, with defeats to Stoke, Wigan, Everton and Aston Villa plunging them back into the sort of danger even Nigel Adkins could not salvage.

A similar fate befell Adam Le Fondre. The striker was named Player of the Month for January in a Royal double after scoring five times in four games, yet he had to wait until May for his next goal. Le Fondre still set the benchmark that season.

Few neutral, critics and even fans gave Hull City a tiger’s chance in the ocean of surviving as a Premier League team a few years ago. Promotion had been secured through the play-offs but Steve Bruce left less than a month before the campaign began, the first team contained 13 senior players at one point and a protracted takeover looked no closer to being completed. There seemed to be no hope, although the gallows humour among those who remained was strong.

Against all odds, the reigning Premier League champions were vanquished on the opening day and Swansea were subsequently dispatched. Manchester United only escaped from the KC Stadium with a win at the end of the month through Marcus Rashford’s stoppage-time strike as agent Mike Phelan orchestrated an excellent start. But one league win in 18 finally forced Hull into action, perhaps a little too late for Marco Silva to get to know the Premier League. By the time they had lost 6-1 to Bournemouth in October the good Phelan had already long worn off.

If only there was a single word that could succinctly describe a club that might sack consecutive head coaches soon after they were named Manager of the Month in the same season. Tottenhamy? Hmm. Hotspuresque? Needs work.

“It is ridiculous that people are questioning him so soon after winning manager of the month but it’s the nature of the beast,” says a baffled Kevin Phillips of Nuno, but it happened to this precise club literally earlier this year. The Jose Mourinho cycle was in full flow by November 2020 when Spurs beat Brighton, West Brom and Manchester City, rounding the month off with a draw at Chelsea to stay top of the Premier League. But the form soon turned – apropos of nothing, Roma have followed three consecutive Serie A wins with two defeats and one victory – and Spurs were barely clinging to a Europa League place when Mourinho was sacked in April.

His demise came 129 days after winning his fourth Premier League Manager of the Month award. Nuno won his fourth such crown 17 days ago. They are also both crucially quite defensive and very Portuguese. The signs do not look good.