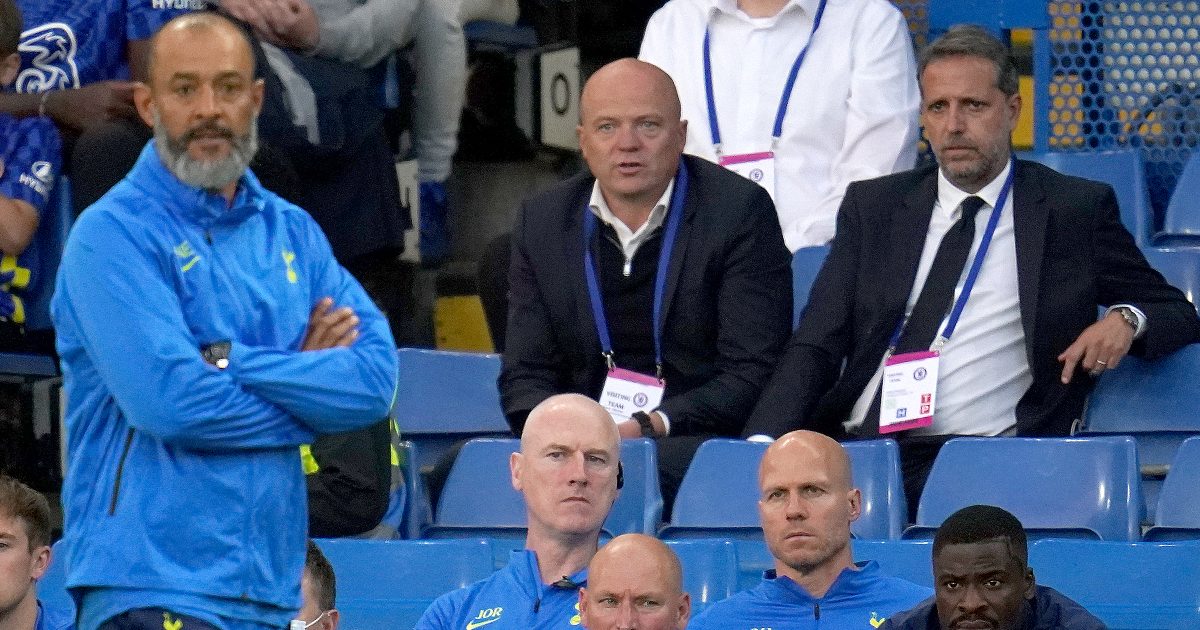 Nuno Espirito Santo was seen as a “distant” figure with “zero charisma” in his short time at Fabio Paratici’s Tottenham.

Nuno was relieved of his duties on Monday after just four months in charge, with Antonio Conte about to fill the void in north London.

Following Jose Mourinho’s dismissal in the summer, Daniel Levy claimed he was going to appoint a new manager who would implement the return of “free-flowing, attacking and entertaining” football to Tottenham.

They had no interest in Nuno for that reason – his football was too similar to the defensive style of Mourinho.

But after talks with Mauricio Pochettino, Antonio Conte, Hansi Flick, Paulo Fonseca and Gennaro Gattuso all broke down, they performed a U-turn and plumped for the former Wolves boss. He was available and other options weren’t interested.

Graham Potter was in the frame but Paratici opted for Nuno as prizing Potter away from Brighton would have been difficult and expensive.

The nature of Nuno’s appointment, as well as the fact he was given just a two-year contract, meant he ‘arrived with very little personal authority’.

The Athletic state that ‘there was a distinct feeling that he was just a stopgap; someone to stabilise the club before a higher-profile manager came in to replace him’.

The Spurs players sensed that.

Sources talked of him being “distant”, “uncommunicative” and having “zero charisma” compared to his predecessors.

He is said to have had little contact with the players and didn’t engage with those looking to leave the club – some of whom ‘were left waiting for a phone call that never came’.

Nuno was not seen as the same ‘dominant figure’ as either Pochettino and Mourinho before him and saw his role ‘beginning and ending on the training pitches’.

Paratici took the bigger office occupied previously by Mourinho and Pochettino, while Nuno was allocated a smaller manager’s office. Paratici was the man speaking most frequently with the players.

Perhaps the final nail in Nuno’s coffin came when he left his entire ‘first team’ in London to train, taking the ‘second team’ away for the Europa Conference League clash with Vitesse Arnhem on October 21.

Splitting the group ‘did serious damage to the morale of the players’ and after the game Harry Winks revealed how unhappy it had made the squad.

“We’re meant to be a team,” he said. “It’s meant to be competitive. Everybody should be fighting for weekend games, and it’s difficult.”

It was a view widely held by members of both the ‘first team’ and the ‘second team’, with those who never normally speak out voicing their disappointment.