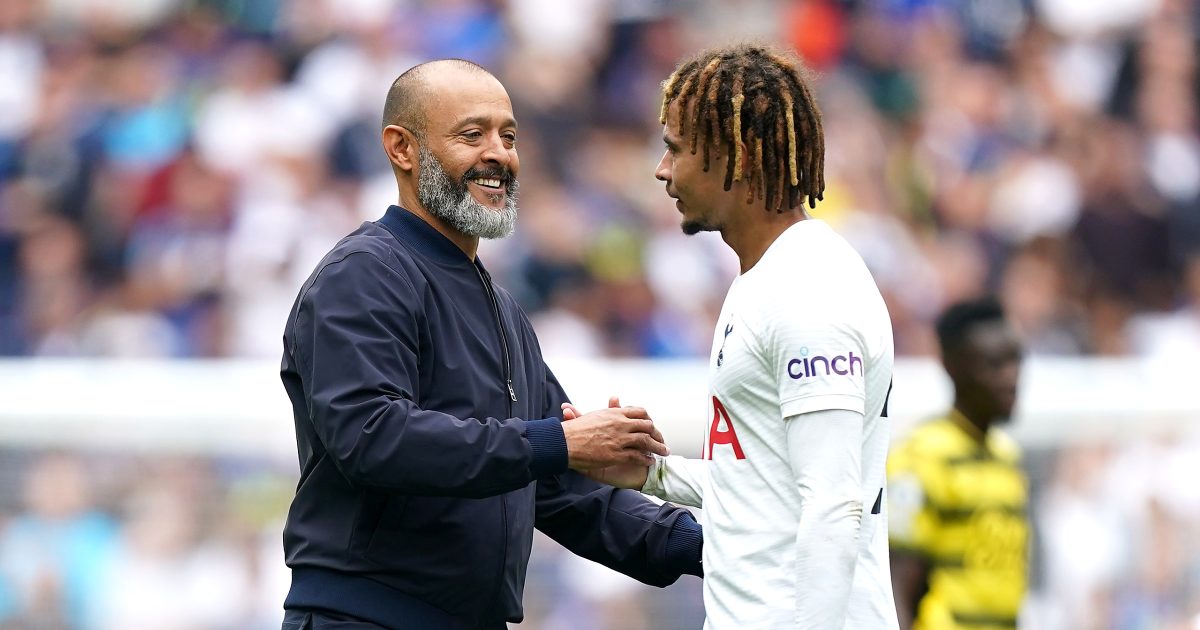 Nuno Espirito Santo has insisted that he deals with internal “issues” personally amid reports that Dele Alli could leave Tottenham Hotspur.

Alli has been linked with a move away from Spurs of late. He featured in Tottenham’s first six Premier League games this season but he has been an unused sub for their last three outings.

The England international was not in the squad for Tottenham’s midweek victory in the Carabao Cup against Burnley.

Spurs host Manchester United on Saturday evening. Their opponents go into this game on the back of last weekend’s 5-0 defeat against Liverpool.

As reported by Football London, Santo said during his press conference on Friday, in relation to Alli and Harry Winks, that it is too early to discuss players leaving in January:

“I speak, when I have to speak privately say the things, listen to things the players have to say. This is how we deal. Not here, you will never see me in a press conference addressing issues with players. I deal with it personally.”

When asked if Alli and Winks will feature this weekend, Santo said: “We are working with all the players then we will decide the squad for the match.”

Santo also discussed the areas where his Tottenham side are improving:

“Possession we’ve been able to increase our moment with the ball. We need to improve on when we have the ball in the final third to create better lines, better combinations that can finish in goals, chances, shots and crosses.

“But we are improving on being more compact, we are playing close to each other so the possession has been good.”

On dealing with pressure, he added: “I take my own routine. I focus on what I have to focus and my focus is on what I can control and what I can impact.

“It’s on the players, on the squad, on the work what we do, on the players when we are together, hours we spend here in the training ground this is where we all have to focus.”

Santo went onto say that Emerson Royal and Cristian Romero are “stepping up” for Spurs:

“I think he’s improving. Two cases, clearly of players, who are stepping up with games and improving in a very good way are Emerson [Royal] and Romero.

“Premier League is very demanding. They felt the impact of the competition at the beginning, now they’re settling down. That’s what we need: players who arrive and as soon as they get the right adaptation, the talent is there. It will be good for us.”