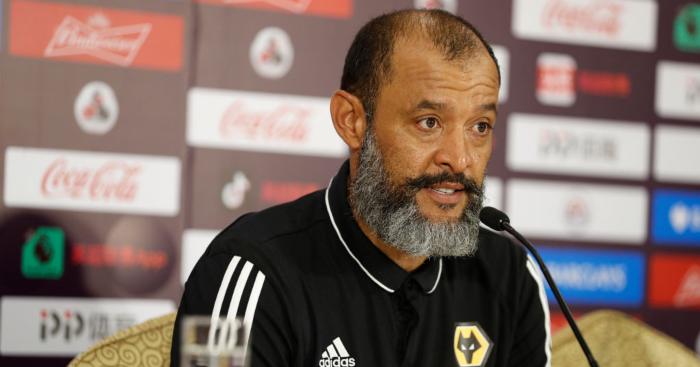 Nuno Espirito Santo praised Wolves’ game management but admits his side were “sloppy” in their 1-0 away win over Besiktas.

Willy Boly snatched three points in the 93rd minute for Wolves, with a goal befitting a top striker.

Ruben Neves floated a ball over the top of the home defence and Boly took a touch before turning and firing the ball past Loris Karius, who smacked the pitch in frustration afterwards.

Nuno wasn’t happy with his team’s performance but was impressed with the desire shown by his players.

He said: “The performance wasn’t the best, we competed well but we were sloppy, we weren’t accurate when we should be and we’ve got to improve that. It’s a tough stadium and environment but we managed the game well and we kept pushing.

“I was trying to find solutions with our substitutions, Adama [Traore] did well but we struggled with the final touch, that’s something we’ve got to improve.

“We’ll keep on fighting, it’s a competitive group but we’ll just keep looking forward. We were in the Championship two years ago, we must be proud, the fans were superb tonight. We have to improve and keep believing in the things that we do.”

On Sunday’s trip to Manchester City: “It’s going to be very difficult. But we’re starting the recovery now, on the plane and again tomorrow and we’ll go there and compete.”