Home All The News Oblak opens up over future, waiting to hear Atletico plan 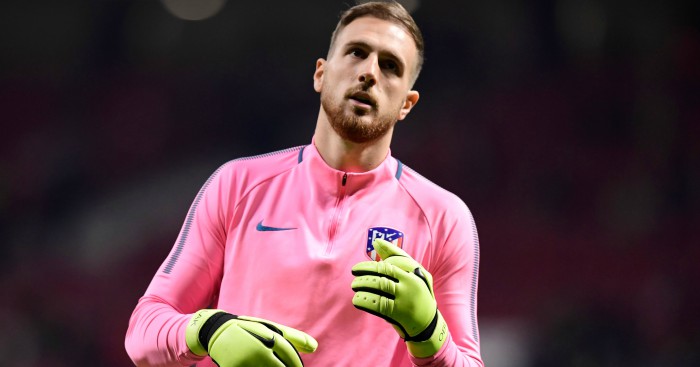 Atletico Madrid goalkeeper Jan Oblak has admitted his future is far from assured in the Spanish capital.

The Slovenia No.1 is regarded as one of the best goalkeepers in the world and the 25-year-old is in line to win the Zamora Trophy for the third straight season. The Spanish award goes to the keeper with the lowest lowest goals-to-games ratio and with 18 clean sheets to his name already, Oblak is in the box seat.

Real Madrid, Arsenal, Liverpool and PSG have all been linked with Oblak, who has admitted there have been no talks about extending his contract, which expires in 2021.

“It’s not easy to talk about what’s going to happen tomorrow never mind what will happen next season, but I am calm and the situation depends on Atletico – nobody knows the future.

“There’s nothing new, there have been a lot of things said and written about a new contract but the only confirmed situation is that there is nothing new.

“I have a contract that I signed two years ago, but now I must wait to see what Atleti’s plan is.”

Oblak suggests that the ball is in Atletico’s court, but Mundo Deportivo claimed this week that Atletico Madrid have cast their eyes on Roma star Alisson as they fear losing Oblak this summer.

Atleti are apparently fearful that a Premier League side may match Oblak’s £88million release clause and they may be forced to find a replacement.