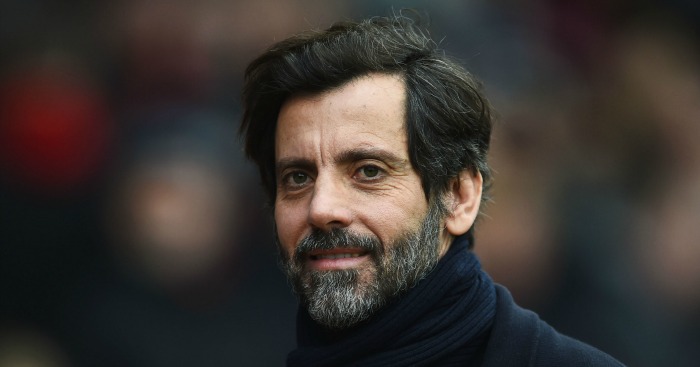 Watford are the earliest Premier League side to ever see two permanent managers leave in the same season after sacking Quique Sanchez Flores.

In their desperation to take the mantle of Southampton, who mutually consented Paul Sturrock in August 2004 before replacement Steve Wigley was sacked on December 8, Watford have parted ways with Flores for a second time.

The Spaniard’s latest spell at Vicarage Road lasted just 85 days after he was appointed in September to replace Javi Gracia.

Flores won just one of his ten Premier League games in charge, culminating in Saturday’s 2-1 defeat to fellow strugglers Southampton, which has left them bottom of the table.

“Quique is a man of great integrity and it was clear how much he wanted to have a positive impact, but ultimately results have dictated our decision,” said Watford chairman and CEO Scott Duxbury in an official statement.

“The appointment of a new Head Coach is imminent, and with nearly two-thirds of the season remaining, we will provide all the support necessary to make the coming months successful.”

Chris Hughton is the early favourite, with The Guardian and BBC Sport both naming the former Brighton and Newcastle manager specifically.