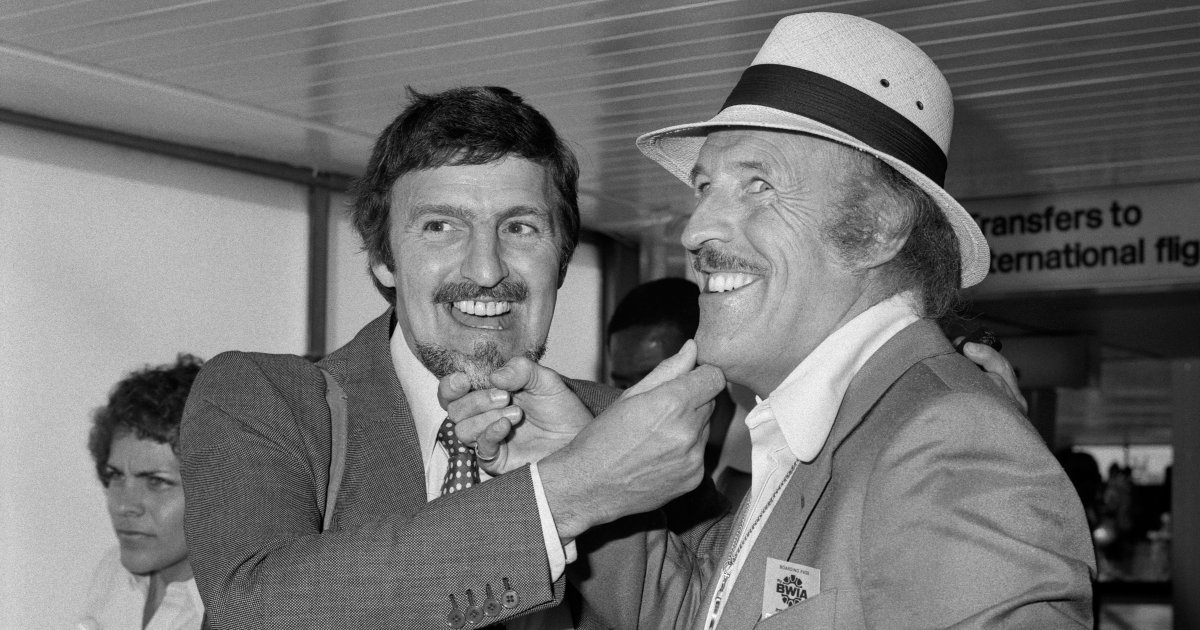 Why do Sunderland hate Coventry City? It started in 1977 with Jimmy Hill…

How far apart are these clubs?
There is a fair distance separating the clubs on the pitch right now and always a huge distance off it. Coventry is almost exactly directly due south of Sunderland, but it is a 200-mile journey each way, largely over the M1. It’s the kind of journey that a bird might make for the winter. A return journey takes just over six-and-a-half hours.

If you fancy walking it, then make sure to have 65 hours or so spare, and that’s without rest breaks. After that, a bicycle ride back to the starting point may be in order, and that particular leg of the journey can be done in pretty much 24 hours, accounting for a rest stop of four along the way. Goodness knows this writer would need the full recovery time.

Meanwhile, Coventry and Sunderland are flying relatively high in their respective divisions, though both have suffered a slight dip in form in recent weeks. They sit in the play-off places in the Championship and League One respectively. Both clubs could realistically achieve their ambitions of promotion this season, and one of the more likely outcomes is that these two come to play each other again in the second tier next season.

How and when did the rivalry begin?
As regular readers of this Odd Rivalries series can attest, the majority of these hatreds stretching across numerous counties and hundreds of miles most often stem from play-off matches in one way or another, such are the stakes. But there is no time for that in this rivalry.

Instead, Jimmy Hill is the instigator behind this hatred from the Black Cats contingency towards their Sky Blues counterpart. Rewind back to the 1976/77 season for this one, and a dubious case of a delayed kick-off from which the effects are still felt to this day. Coventry needed to defeat Bristol City on the final day to stay up and Sunderland knew a draw would be enough to keep them up, but traffic congestion around Coventry’s old Highfield Road stadium led to Hill getting the kick-off delayed.

It would never happen in this day and age, but Hill’s influence allowed Coventry the benefit of knowing what was happening elsewhere. Sunderland fell to a 2-0 defeat with a good portion of Coventry and Bristol City’s game still to go. The Sky Blues had ceded a two-goal lead of their own to the Robins, themselves needing a draw to stay up.

But with all at Highfield Road aware of the final score at Sunderland, both of their relegation rivals knew that a point apiece was enough, leading to both sides effectively stopping playing in a similar fashion to Huddersfield and Barnsley effectively sending Peterborough down between them in the 21st century version.

Unsurprisingly, Sunderland were incensed and an inquiry into Hill’s ability to get the Coventry kick-off delayed was heard, but he and the club were cleared of all wrongdoing. But Sunderland fans will never forget.

What’s the most memorable moment from this rivalry?
Take your pick. Ever since that May 1977 afternoon, there have been memories good and bad for these sides when they have played each other. Coventry winger Stephen Froggatt was forced to retire before turning 30  having suffered an horrific injury in a fixture between the two clubs, while fan trouble has engulfed the fixture inside and outside the respective grounds on numerous occasions.

However, for pure entertainment, we go to one of the most recent meetings between the two sides – in April 2019. With Sunderland aiming for an instant return to the Championship on the back of successive relegations from the Premier League, the Black Cats played host to a Coventry side with little to play for in the final weeks of the season. Little that is, except for inflicting more pain on their rivals from afar.

A nine-goal thriller ensued between the two sides, with Coventry leaving Wearside with all three points from a 5-4 classic which featured nine different goalscorers. With the score level at 3-3 at half time, Max Power’s second-half strike proved Sunderland’s last telling contribution to the game, with Conor Chaplin striking what would prove to be a 78th-minute winner and ensuring Sunderland fell behind Barnsley in the race for automatic promotion. Coventry didn’t get their promotion just yet, but took great pride in ensuring the Black Cats were bound for the play-offs, where they would lose to Charlton in the Wembley final.

Are they playing each other this season?
No they are not. The teams play in the second and third tier of English football, while Sunderland’s exit from the FA Cup at the hands of Mansfield means there is no opportunity for the clubs to meet again this season.

As per the first section of the article, you can get decent odds on Sunderland earning promotion to the Championship and Coventry failing to get themselves out of the second tier, so don’t be surprised to see the two meeting up again in the near future.

The two clubs have played each other 42 times, and Coventry just have the edge. They have 15 victories to Sunderland’s 12, with a dozen draws also in the annals of history for this fixture, a 2-1 win for Sunderland in the 1930 FA Cup being the first ever meeting between the two and a 1-0 Coventry victory in the last ‘home’ game before the first Covid lockdown the most recent outing.

What’s the future for this rivalry?
Still very bright. Sunderland fans still retain much ill feeling to Coventry and to Hill, even booing the former Match of the Day host when the Black Cats visited Fulham on the same day he was being honoured by the Cottagers. Hill waved at the fans who felt so much vitriol for him decades after the incident still sorely remembered by many Black Cats.

So many memorable moments down the years and regular meetings mean the rivalry has never been allowed to thaw, and should the two meet again in the next few years, you can expect yet more chapters to add to a tempestuous rivalry.