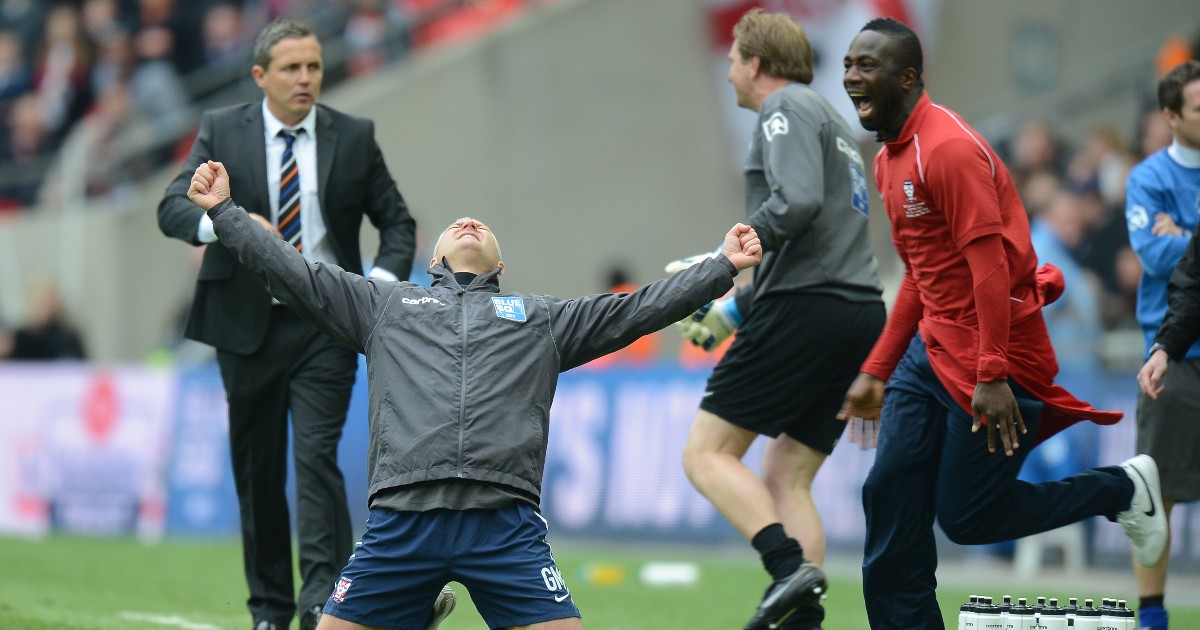 Five divisions separate York from Luton but that was not always the case and the Wembley hate continues to simmer after more than a decade.

How far apart are these clubs?
In truth, a very long way away from each other. So much so that this rivalry can be classified as a feud between north and south. Over three hours of driving time and much of the Midlands separates the heart of Yorkshire from Bedfordshire’s finest football club. A largely direct line down the A1 over the course of 175 miles sees you make the journey from York to Luton, which would take you well over two days to walk an each-way journey. I would very much rather you than me on that particular score, though a one-way journey from Kenilworth Road to north Yorkshire could be completed in just under 17 hours without stopping.

However far apart these two clubs are geographically is no match for the chasm which separates them on the pitch. Despite the Minstermen having the upper hand a decade ago, Luton Town sit just one promotion away from the Premier League while York ply their trade rather aptly in a largely semi-professional regional league, the sixth tier of English football.

How and when did the rivalry begin?
The needle between the two clubs began in 2010 and would quickly accelerate over the course of the following couple of years – that will come later. As is often the case in this series, the play-offs are to blame for the animosity which exists between these two sides. A first, though, as this time the end-of-season lottery was to get into the EFL itself, with both clubs vying to win promotion from what then known as the Blue Square Premier, the 2010 iteration of the Conference, the current National League.

The two met across a two-legged semi-final which brought plenty of drama. A last-minute Richard Brodie goal capitalised on a Shane Blackett error to hand the Minstermen a slender advantage going into the away leg, which York would win by the same scoreline to progress to the final. Luton Town player Adam Newton was sent off late in the contest, but it was a sizeable section of Hatters fans who went mad as they invaded the pitch, attempting to confront the delirious City following while York players had to be escorted through the stands to the changing rooms as objects were thrown.

Some of the behaviour by City players had been cited as having riled up Luton supporters, who were reeling from being effectively demoted out of the Football League after their 30-point deduction the season before. Emotions were running understandably high. Of course, York fans wouldn’t see it that way, thus a rivalry was born.

What’s the most memorable moment from this rivalry?
In the end, it mattered little. York would be defeated in the subsequent final by Oxford United, who have remained in the EFL ever since. In doing so, the two clubs would meet again in the closing stages of the 2011/12 season, where the most famous and bitter moments from this oddest of rivalries would crop up.

March would see the two clubs go head-to-head twice in quick succession again, albeit it this time in the slightly lesser but still important stakes of the FA Trophy. Matty Blair’s 90th-minute equaliser in the second leg ensured City late entry to their second final in four seasons where this time they would end up victors, and the hatred was reignited in time for the two sides to meet once more in the play-offs. This time, though, the fixture was in a final.

Still carrying resentment from their recent inferiority to the Yorkshire side, Luton fans – all 30,000 of them inside Wembley – were jubilant when they went a goal up inside the opening two minutes in the capital. York’s leveller midway through the first half laid the path for what was to come: Blair’s winning goal just minutes into the second half despite being clearly offside in the replays and even to the majority of naked eyes inside the stadium.

The ultimate glory for York merited a return to the Football League while Luton were left to lick their wounds, but a certain cardboard tombstone which read #RIPLuton and was held aloft the celebratory bus tour through the city for the Minstermen’s historic double showed the hatred between the clubs which even seeped through to the players.

Are they playing each other this season?
Barring an incredible FA Cup run which takes York City all the way through the qualifying rounds to the third round proper and beyond, the stage at which the Hatters enter the competition. If they did, there would be much local attraction to the fixture and most likely, a chance for Luton to get bragging rights in the fixture as well as in almost every other way considering the respective journeys of these outfits over the past decade.

It would take miracles and tragedy in equal measure to see these two sides play each other in the league before 2024; promotion for the Minstermen and relegation for the Hatters this term would see them playing in the fifth and third tiers of English football respectively. It’s time to get a pre-season ‘friendly’ lined up.

What’s the future for this rivalry?
There is still plenty of hatred existing between the fanbases on Twitter, and in the 21st century that does count as beef. You can bet your bottom dollar that if and when the two clubs do meet again, however far in the future that may be, there will be a rivalry. Many Luton supporters openly revel in York’s misery and toiling in the regional division that is the National League North, despite occupying a mid-table place four leagues above. It will almost certainly take some time to reignite, but absence makes the rivalry grow more bitter.

What the fans say

We (YCFC) sold star midfielder Alex Lawless to them because he asked to go to a ‘bigger club’. He returned with Luton sporting a new Mohican haircut. He got huge abuse. City were 3-0 up in 35 mins. He’d had a shocker. At half time he punched a hole in the dressing room door

Pantomime villain of our non-league years Richard Brodie was also born out of this rivalry. The abuse he received when he came back with each of his next three clubs was probably only rivalled by Tony Thorpe’s substitute appearance when he returned with QPR in 2003…

Most of the trouble at the home play off was caused by Brodie giving the Luton fans the w*nker sign, although it would have been tense if we’d lost to anyone given the injustice of the -30 the year before. Defeat just prolonged the agony. The Wembley defeat was insult to injury.

Where are they now ? pic.twitter.com/AClUPqKJFt