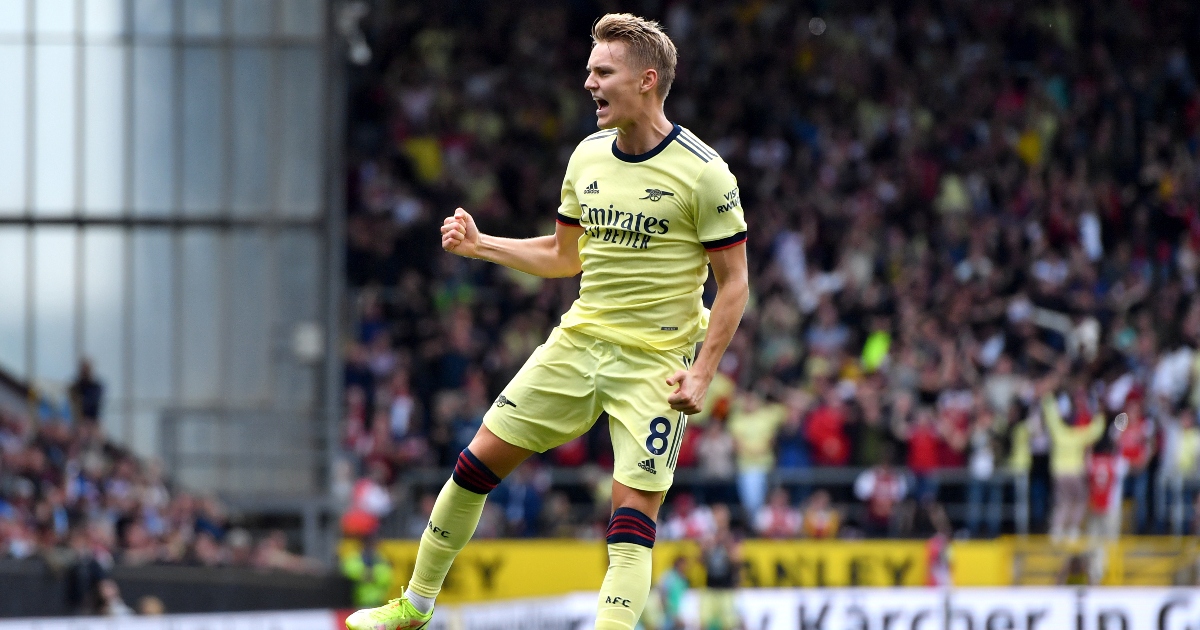 Martin Odegaard says it’s “nice and easy” to thrive at Arsenal and described the Gunners dressing room as… “large”.

The playmaker made his permanent move to the Emirates in the summer, having spent the second half of the previous season on loan with the Gunners.

Mikel Arteta has consistently praised the skill and work ethic of the Norwegian, who scored a glorious free-kick to earn Arsenal all three points against Burnley last month.

Odegaard moved to Real Madrid in a highly publicised move back in 2015 but made only a handful of senior appearances for the side, spending the majority of his time on their books out on loan.

He had hoped to become a first-team regular after his stints at Real Sociedad and Arsenal, but when it became apparent that wasn’t to be the case, he agreed to the £31million transfer to north London.

Despite his struggles with the Spanish giants, Odegaard insists he learned a lot in his time there, but is now “very happy” to be an Arsenal player.

“Of course, there were many tough periods. I experienced a lot with both the first team and the second team,” he told TV2 (via Sport Witness) regarding his time in Madrid.

“I have been close to the best and biggest. It made me stronger. I feel I have grown a lot on it.

“There were some tough periods, but also a lot of good that I have experienced. Being so close to the best in the world is special. I have learned a lot from it.

“When you are at the highest level, it is not as easy to make friends and that kind of thing.

“At least not when you are young and come from somewhere else. It can be tough at times. But it has made me stronger and I am very happy and satisfied to have experienced it.”

It then appears (and we are speculating as we haven’t seen the footage and wouldn’t be able to understand if we could) that Odegaard may have been asked what the Arsenal dressing room was like, and gave a wonderfully literal answer…

“It’s (Arsenal’s dressing room) quite large, I would say. I think it’s a bit like that in the biggest clubs. It gets a little more scattered and all that.

“I’m very happy where I am now, a very nice squad and a good bunch. It’s nice and easy to thrive.”