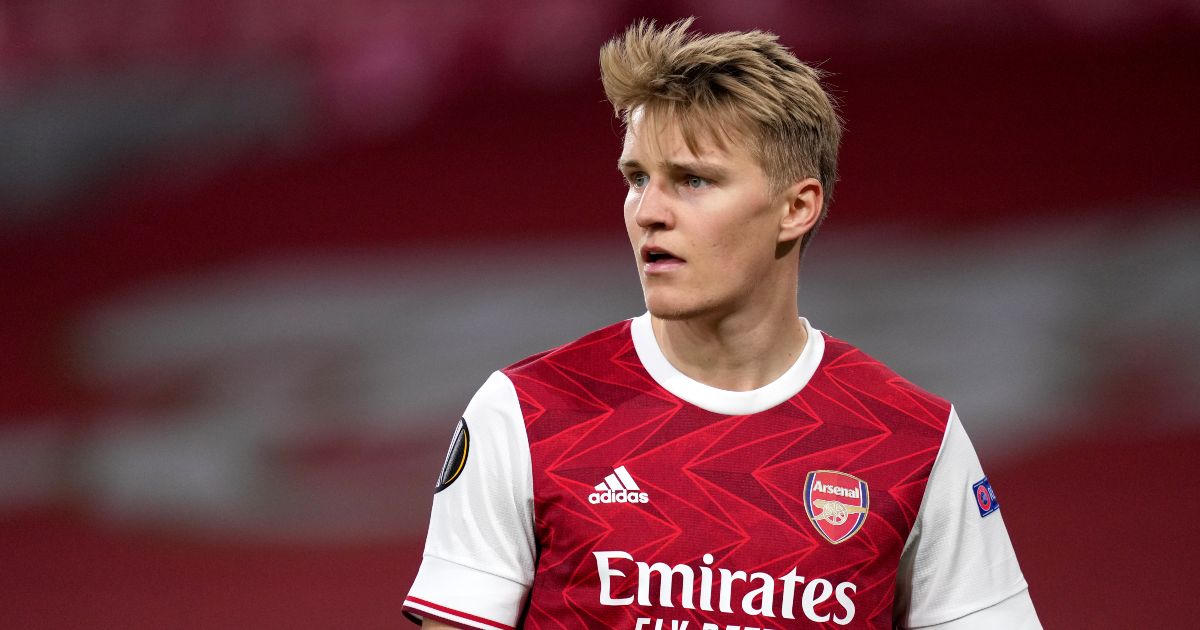 The Norwegian signed for Arsenal in a permanent deal for £30million this summer, having been on loan at the Emirates last season.

He was part of a £150million summer splurge as Mikel Arteta continues to rebuild the club after missing out on European football for the first time in 25 years.

MAILBOX: Ronaldo to Man Utd: One of the greatest transfers of all time?

But Arteta is under huge pressure with his side bottom of the table after losing all three of their Premier League games so far this campaign, without scoring a goal.

Despite the poor start to the season, Odegaard has very high hopes indeed in north London.

He was quizzed on his ambitions and told Sky Sports: “To get the club up the table, near the top of the league and fight for European football and fight for trophies.

“I think for this season obviously we want to get back to European football. That will be important for us, the players, the club and the fans.

“Then hopefully with time, win trophies, Champions League and hopefully win the league within a couple of years.”

The Gunners haven’t featured in the Champions league since 2017, but Odegaard insists that European football is a must for a club of Arsenal’s standing.

He added: “I think thats from everyone, this club needs to be at the top, needs to play European football and I think everyone agrees.

“It is not something we’ve talked a lot about but that’s just how it should be in this club. That’s the standard.”

Arsenal take on fellow nil-pointers Norwich on Saturday and Arteta claims his side need to “reset” after their rocky start.

“I am really looking forward to having everybody available and trying to start the season the way we want,” Arteta said.

“We don’t want to use any excuses but we know how difficult the start was with injuries and a lot of covid issues we had, and extremely difficult games to play.

“We have to reset now, we need to start and hopefully get everybody back on track, and start to improve our game, which is what we have to do.”