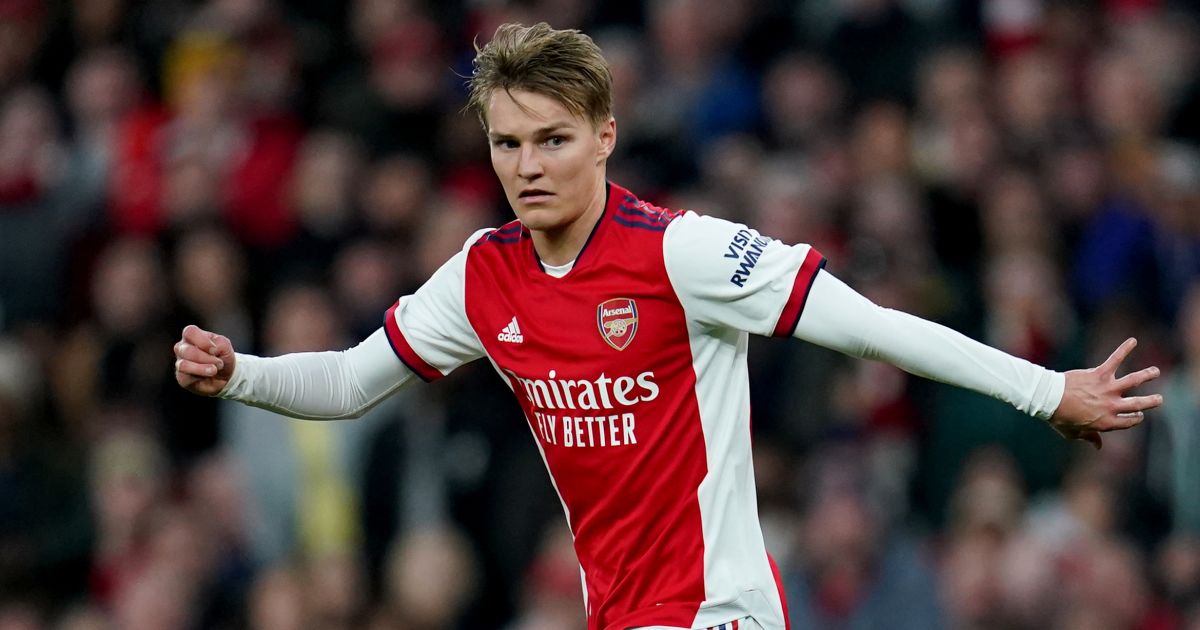 There’s a rare calmness and serenity around Arsenal right now that is at odds with both their own recent past and the current assorted strife absorbing their rivals.

While some face existential threats to their very existence and others are fixated upon more prosaic footballing problems of inconsistent form and underperforming squads, Mikel Arteta’s young side just trundle merrily on. This was a lovely fixture for a side in such form, the most routine 2-0 imaginable against a Leicester side that has so disappointed in the league that they are now focused fully on their Europa Conference campaign. They handed Arsenal two desperately soft goals here and did almost nothing to indicate they might have the wherewithal to find a goal of their own.

But that shouldn’t detract from the quality of Arsenal’s overall play, secure and confident in defence on the rare occasions they needed to be and full of zip and enterprise when on the front foot. Bukayo Saka and Emile Smith Rowe have taken most of the headlines this season but today it was Martin Odegaard who caught the eye, creating a string of chances and most of the game’s standout moments of individual excellence from twinkle-toed runs to no-look passes.

It all felt so ludicrously easy for Arsenal on the day, and the top-four race – such as it is – is starting to feel the same. They sit fourth now with such margin for error that even a midweek clash with Liverpool holds no great threat. The Gunners have three games in hand on the three teams directly below them and over eighth-placed Spurs who are also six points back.

As all those teams struggle for consistency, Arsenal have hit a rich vein of it at the perfect time. This was a fifth win in a row but also a ninth win in 11. For those now in the Gunners’ wake, a more plausible route to the top four looks like something yet more dramatic happening to Chelsea than Arsenal slipping up.

This has been a curious Arsenal season, and not just because of the sort of sparkling football married to consistent results not seen since the best days under Arsene Wenger. It has also been their first outside European competition in a generation, and the flipside of that disappointment is becoming apparent as the season goes on. Leicester, a team who have finished comfortably ahead of the Gunners for the last two seasons and would have expected at worst to be competing with them this season looked desperately weary in comparison to the fresh-legged and fleet of foot Arsenal side.

There are so many things working for Arsenal here. A light fixture load combined with the youngest starting XI in the league has left them looking far fresher than their rivals. It is no coincidence that they are pulling away at this stage. This was just their 33rd game of the season; for Leicester, a 41st. Wednesday night will be Liverpool’s 46th.

It’s been great news for Arsenal this season, but the even better news is that they will not have such luxury next season. A campaign out of Europe has proved a small price to pay for a well-deserved return to the continent’s top competition, an outcome that now appears close to a formality.

Change will be needed in the summer. Arsenal very deliberately shrunk their squad in January, and it is proving the correct decision. Given a small but motivated and always involved core of players and time to work with them, Arteta has turned Arsenal – still a figure of fun as recently as the start of this season when they sat bottom and pointless after three games – into a truly impressive team. Next season will now bring new challenges. First and most obviously after today’s display is the need for Alexandre Lacazette to be handed either a new contract or adequately replaced. The squad will have to grow back for Arsenal to compete on multiple fronts.

These are things that should be viewed as opportunities rather than challenges. And they are opportunities that have been earned by the singular focus with which Arteta and a group of players which now comprises those who are fully buying in have approached the second half of this season.

Arsenal are not yet back to where they once were. But watching this young side and manager develop, and with all that is going on both on and off the field in certain other places, they have never felt closer to a return to the glory days.