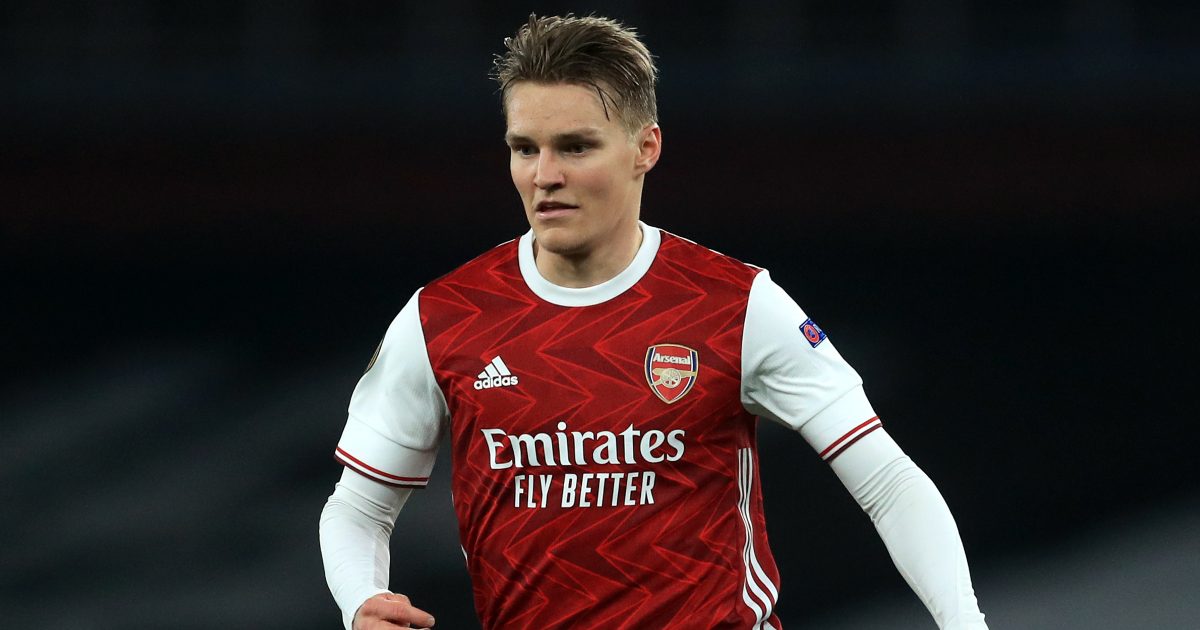 Arsenal loanee Martin Odegaard has suggested that he is “having a good time” at Arsenal as his status at Real Madrid remains uncertain.

Odegaard was considered to be one of the brightest prospects in Europe when he broke into Stromsgodset’s first team in Norway.

A number of teams around Europe were interested in him but he opted to join Real Madrid in January 2015.

Most of his time with Madrid has been spent away on loan. He has enjoyed successful spells with the likes of Vitesse and Real Sociedad.

Odegaard joined Arsenal during the January transfer window and he has impressed since making the move. His only Premier League goal came against Tottenham as he helped his side beat their North London rivals 2-1.

In an interview with the club’s official website, Odegaard insisted that Arsenal’s style really suits him:

“I think the most important thing was how the club and how the manager wants to play and the style.

“As I’ve said many times, I always enjoyed the way Arsenal play football and now especially after Mikel took over, this style suits me really well.

“That was more important than the dream of playing in the Premier League. The most important thing was the club, the style and everything around.”

“I’m having a good time, the manager is great and the team is good. So many good players and the way we play suits me really well.

“I think I’m adapting pretty good to the league and the style so I’m happy.”

💬 "I'm having a good time. I think I'm adapting pretty well to the league and the style, so I'm happy."

“You know what, I like Joe Willock,” Ferdinand said. “He’s someone at Arsenal that I would have kept.

“He’s a good young player. If Arsenal don’t take him back and have him around that squad… I don’t know, man.

“I really like him and I like his personality. He’s not shy to come on the big stage and play and perform.

“‘And the last three goals he’s scored have been massive goals for Newcastle. It shows he’s got the temperament.”