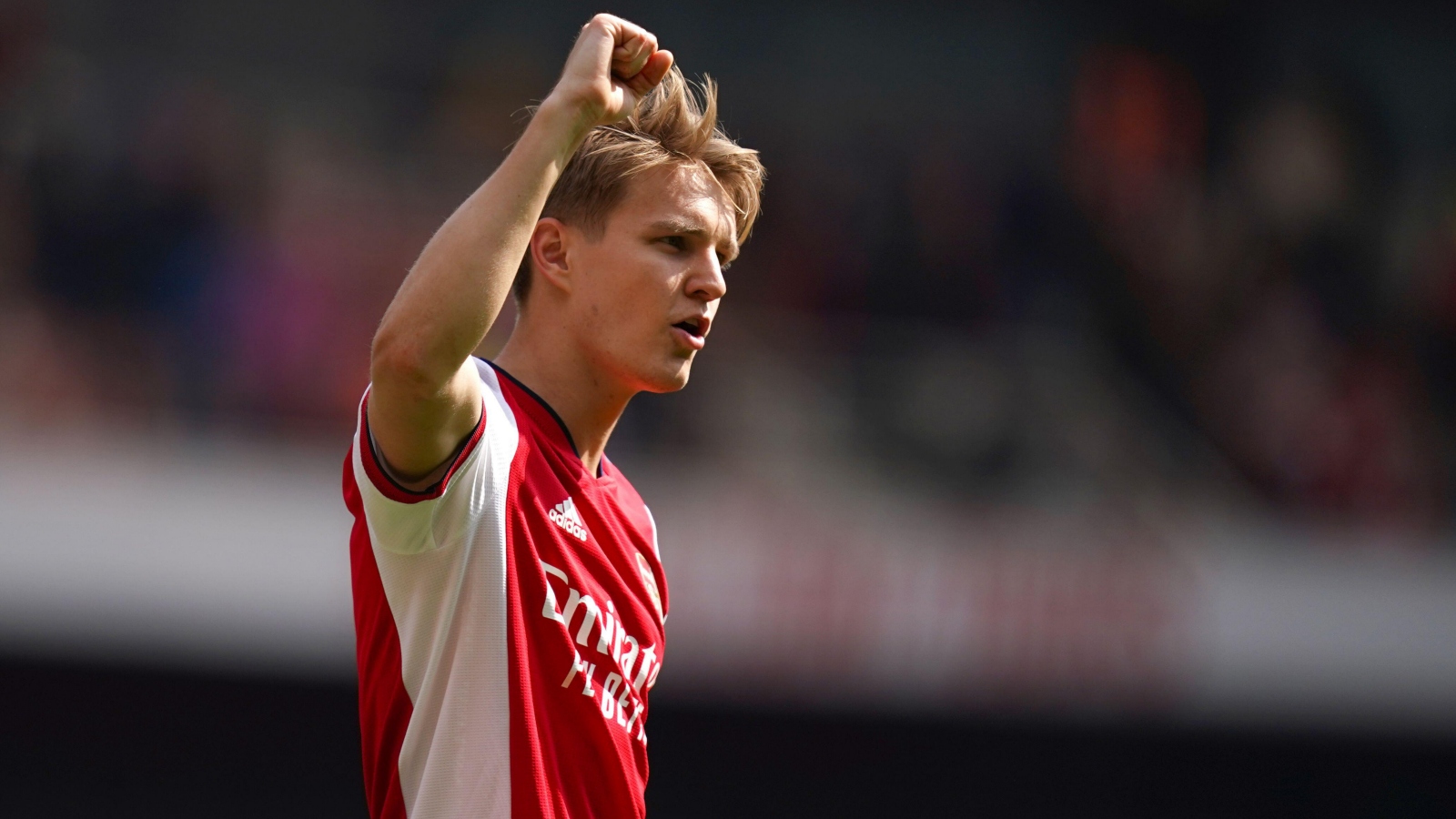 Martin Odegaard is hungry to take Arsenal back to the Champions League after a small taste of the competition with Real Madrid.

The Gunners know that victory at the home of north London rivals Tottenham on Thursday night will see them end a five-year exile from the Champions League.

A nervy 2-1 win over 10-man Leeds on Sunday afternoon, courtesy of a brace from Eddie Nketiah, has left Arsenal on the cusp of a top-four finish as the season reaches its climax.

Odegaard is likely to captain the visitors at the Tottenham Hotspur Stadium later in the week and is one of only a handful of players in Mikel Arteta’s squad to have sampled Champions League football – albeit just two group games for former club Real Madrid.

“I really want to get into there and fight. That’s where the best teams want to be of course so that would be big for me and the club.

The final run in. #UCL

“We have a young team but I think with the young players we have, we have a lot of experience as well.

“We’ve been through a lot and we just enjoy playing football together and you can see that on the pitch. We enjoy it.”

Sunday’s victory should have been much more comfortable for Arsenal but they were unable to finish off a Leeds side who had fallen two goals behind in 10 minutes before captain Luke Ayling was sent off for a two-footed lunge on Gabriel Martinelli.

“I think it was a good win, an important win,” added Odegaard.

“We know the situation we’re in so obviously very happy with the three points. Some parts of the game we have to do better.

“We always knew it was going to be a fight until the end. Some parts of the game we can do better and kill the game. But three points is all that matters.

“That’s all that matters taking the three points. We have to win in different ways.”