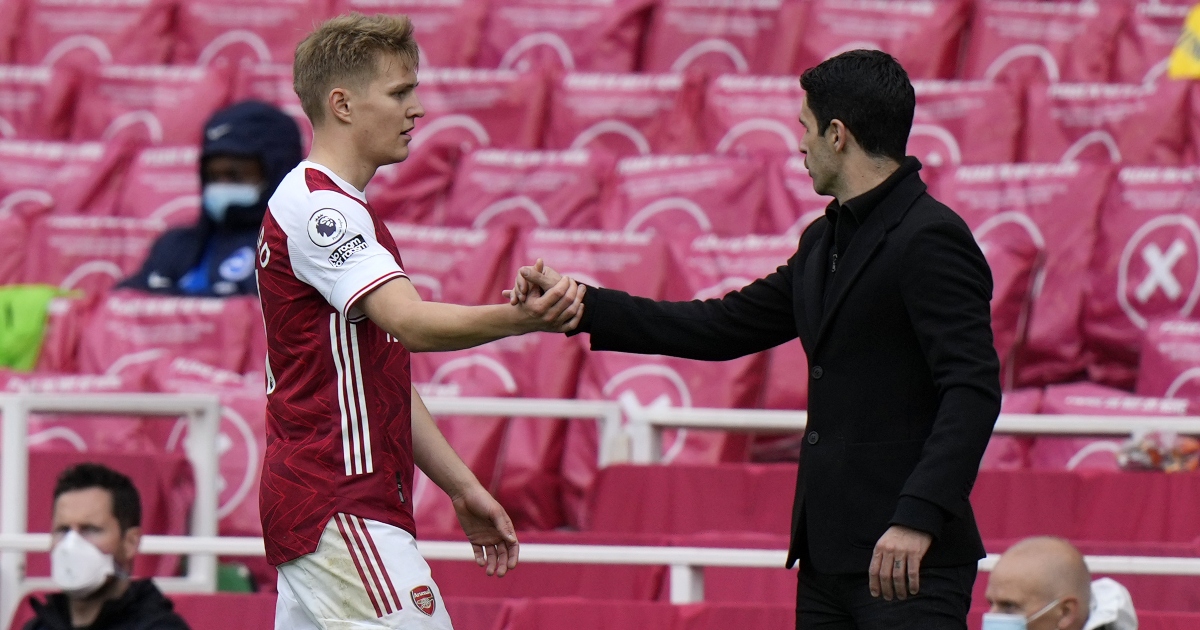 Ex-Arsenal winger Perry Groves has said that Martin Odegaard reminds him of a “younger version of Mesut Ozil” as he “didn’t get a grip of the game enough.”

Odegaard spent the second half of the 2020/21 season on loan at the Emirates, making 20 appearances, contributing towards four goals.

He returned to his parent club Real Madrid at the end of the campaign and has been linked with a permanent move to the north London club since.

Ozil spent eight years at Arsenal before leaving for Fenerbahce in January.

The 32-year-old divided the opinions of fans and journalists alike during his time at the Gunners and was often criticised for going missing in big games.

Odegaard has now been accused of having similar shortcomings to the German by Groves.

“When I watched him play I could tell he had a lot of talent but he reminded me of a younger version of Mesut Ozil because he didn’t get a grip of the game enough,” he told talkSPORT.

“Ozil had so much talent and when he fancied it, he was one of the best players in the Premier League.

“He didn’t do it on a regular basis and didn’t dominate the way he should.

“If you’re playing in the number ten role you’ve got to do better from Odegaard’s point of view than one goal and one assist.

“You’ve got to contribute more in a side that usually dominates possession. Emile Smith Rowe can play in that position as well and he’ll give you more on the ball and off it – so it didn’t surprise me at all.”

A report by The Athletic last week suggested that Arsenal are not ready to give up signing the Norwegian on a permanent basis.

Emile Smith Rowe, who is the only current player in the squad that can hold a candle to Odegaard, is set to receive a bumper new contract along with the number ten shirt, taking over from some iconic names like Dennis Bergkamp and Ozil.

Arsenal have alternatives to Ødegaard such as Lyon’s Houssem Aouar but the former remains the priority for Mikel Arteta.