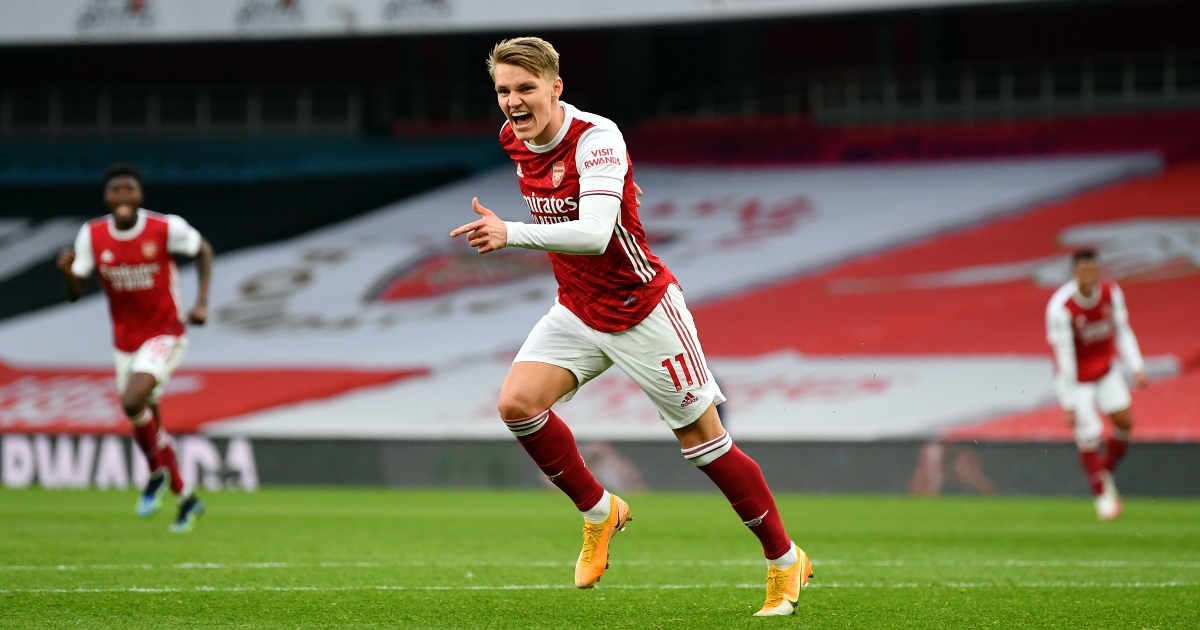 Martin Odegaard completed his Arsenal medical but is ‘unlikely to play against Chelsea’ on Sunday as he waits for a visa to be granted.

This is according to football.london journalist Chris Wheatley, who says the Norway international passed his medical ahead of his transfer from Real Madrid.

Odegaard will cost the north Londoners around £30million and Mikel Arteta was hopeful the player would be available for Sunday’s clash against Chelsea.

However, this has become unlikely as the 22-year-old waits to be granted a visa.

On the plus side, fellow new signing Aaron Ramsdale could be in Sunday’s squad ahead of his move from Championship side Sheffield United.

The England international is undergoing his medical on Thursday and is ‘expected’ to be in the squad, says Wheatley.

Martin Ødegaard has passed his Arsenal medical but is unlikely to play against Chelsea – he's currently waiting for a visa to be granted.

Ramsdale undergoing his medical now and expected to be in the squad for Sunday's game. #AFC

The goalkeeper will join for an initial £24m, but will likely rise to £30m.

He, of course, does not require a visa to play for Arsenal once the deal is complete.

It has been a busy couple of months for the Gunners as they look to improve on last season’s eighth place finish.

They have also signed Nuno Tavares from Benfica, Albert Sambi Lokonga from Anderlecht, and Ben White from Brighton in a £50m deal.

All five new signings are below the age of 24, with Arteta building for the future as opposed to signing older players on short-term deals, such as Willian and David Luiz.

It could be seen as a positive window for the Gunners, but results need to improve very soon.

Elsewhere, The Mirror claim that Arteta has no intention of signing Barcelona midfielder Philippe Coutinho in exchange for Pierre-Emerick Aubameyang.

Reports in Spain suggested that both club’s were contemplating a swap deal involving Aubameyang and Coutinho while Lacazette has also been linked with a move to the Nou Camp, but these rumours have been shot down.

The signing of Odegaard also indicates that a move for the Brazilian is unlikely.

Coutinho is on an extortionate wage with the Catalan club, but they are reportedly working on reducing his salary – alongside Antoine Griezmann – to help with their financial troubles.