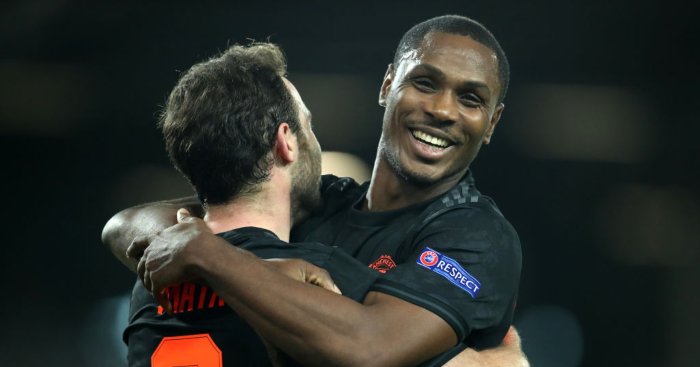 Odion Ighalo is willing to take a huge pay cut in a bid to stay at Manchester United, according to reports.

The striker arrived to little fanfare but has proved remarkably popular with teammates, fans and staff at Old Trafford, scoring four goals in eight games so far.

It has been described as ‘far from unthinkable’ that Ighalo might have done enough to make the move permanent when the transfer window reopens in the summer.

And The Sun claims that Ighalo is ‘happy to take incredible £6million pay cut to join Man Utd on a permanent transfer’.

The report continues by adding that the Nigerian is ‘prepared to take a 50 per cent pay cut to stay at the club he loves’.

Ighalo is aware that Man Utd won’t offer anywhere near the £240,000 a week he is currently on at Shanghai Shenhua.

The Sun continues by saying that Man Utd have an ‘option to buy’ in the next transfer window and ‘there is every chance Ighalo will get his wish’.