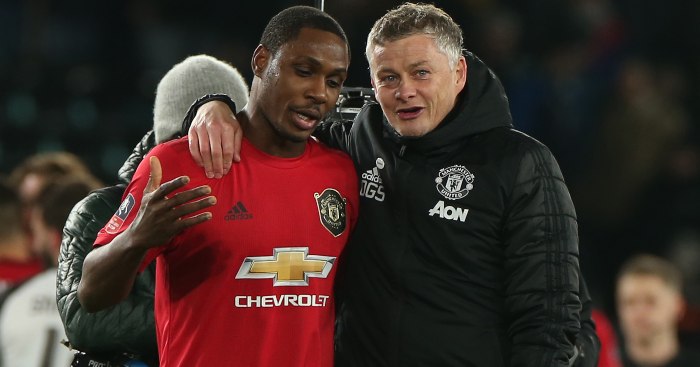 Man United will consider making the permanent signing of Odion Ighalo their first move of the summer transfer market.

The striker arrived to little fanfare but has proved remarkably popular with teammates, fans and staff at Old Trafford, scoring four goals in eight games so far.

It has been described as ‘far from unthinkable’ that Ighalo might have done enough to make the move permanent when the transfer window reopens in the summer.

Ole Gunnar Solskjaer suggested earlier this week that “he has qualities we saw in him and needed and we need those qualities for next season”.

The Daily Mirror say Shanghai Shenhua would ‘demand’ £15m for any move.

They ‘are keen to exploit Ighalo’s success’ upon his Premier League return and believe his value has almost trebled from the £5.27m they spent to sign him last February.

Man United included an option to buy in the loan deal but no fee was specified, and while they ‘have also been scouring the market for other strikers,’ paying a relatively low fee for a known quantity ‘may suit them very well’.

It would allow them to focus on other targets, like this bunch.