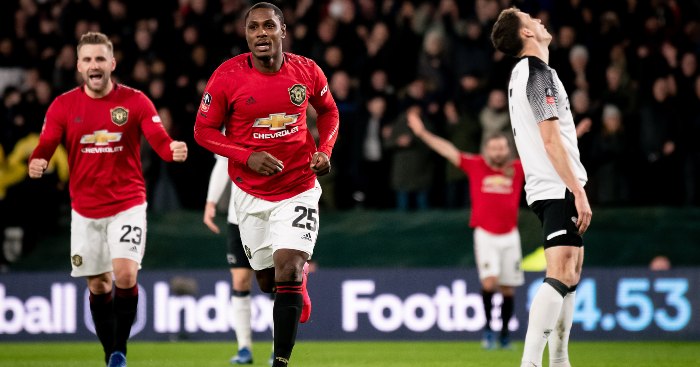 Manchester United look more likely than ever to turn Odion Ighalo’s loan move into a permanent deal with parent club Shanghai Shenhua closing in on his replacement, according to reports.

With the Chinese Super League postponed as the country attempted to deal with the Covid-19 outbreak that originated in Wuhan, the 30-year-old was allowed to make a shock deadline-day move to Old Trafford in January.

Ighalo underwent a 14-day quarantine period before linking up with United, who are unlikely to be playing anytime soon as the coronavirus pandemic has seen Premier League action suspended until at least the end of April.

Few expect play to resume then and plans are afoot to extend the 2019-20 season, although whether the Nigeria international will be able to be a part of it remains to be seen.

United reportedly hold the option to make the move permanent, but the transfer windows and player contract situation remains up in the air as FIFA look at solutions.

However, The Independent claims that Ighalo  ‘looks set for a permanent move to Manchester United with his parent club Shanghai Shenhua on the verge of signing his replacement’.

Ighalo has impressed since joining Man Utd, scoring four goals and providing an assist with Ole Gunnar Solskjaer hinting at the beginning of the month that a permanent deal was possible.