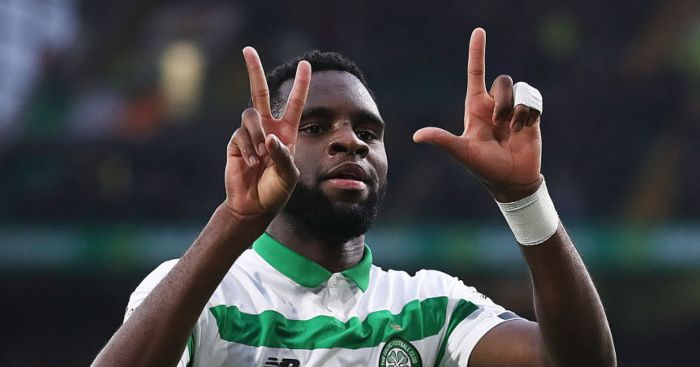 Edouard has emerged as an Arsenal transfer target and potential replacement for Pierre-Emerick Aubameyang, whose future remains uncertain.

Celtic striker Edouard is also liked by Leicester and former Parkhead boss Brendan Rodgers, with Premier League interest likely to turn the head of a 22-year-old with two years left on his current contract in Scotland.

Nicholas doubts that Edouard would be an adequate substitute for Aubameyang as their styles differ, but he does believe the forward could be a wise signing for Mikel Arteta.

“Edouard is a very good technical player,” he told Sky Sports. “There’s been comparisons with Lyon striker Moussa Dembele. He’s now been linked with Chelsea for £40m-50m and I look back at the balance of what Edouard has compared to Dembele.

“Dembele is a more aggressive character and is better in the air, whereas Edouard is a more laid-back individual. He’s good with both feet and he’s 6ft 1in so aerially he could be a threat. But he doesn’t really play that way.

“He will score a few headers because his physicality is good, but he’s more about link-up play, getting the ball into his feet, turning defenders. He will run in behind on the shoulder of defenders.

“Of course, he could make it in the Premier League, but he would need to be playing in a team structure that has a lot of the ball. At Celtic, they have it 75-80 per cent of the time. That’s why he’s become such a marketed product.

“He’s become Celtic’s key player and best by a distance. He will leave Celtic. He could certainly play at Arsenal because the way they play, his style would be more than suitable for it. The problem is getting the judgement right over whether he’s ready right now, playing every week for Arsenal compared to who is there already.

“He certainly would not come to England straightaway and score 20 to 25 goals in a season unless Arsenal find a renewed belief and they get the whole team right. It’s got potential, absolutely, but I’m not convinced that they will go and buy him. The reason is that in Scotland, Celtic are gauging him as a £40m player.

“There’s been a lot of talk of Aubameyang being sold, but Edouard would not be the answer. He plays differently, more like Lacazette. Aubameyang is about pace and movement. Although he likes to play the No 9 role, he does not play it as what Edouard could. Similarly, Edouard could not play in the position that Aubameyang does, out wide on the left.”