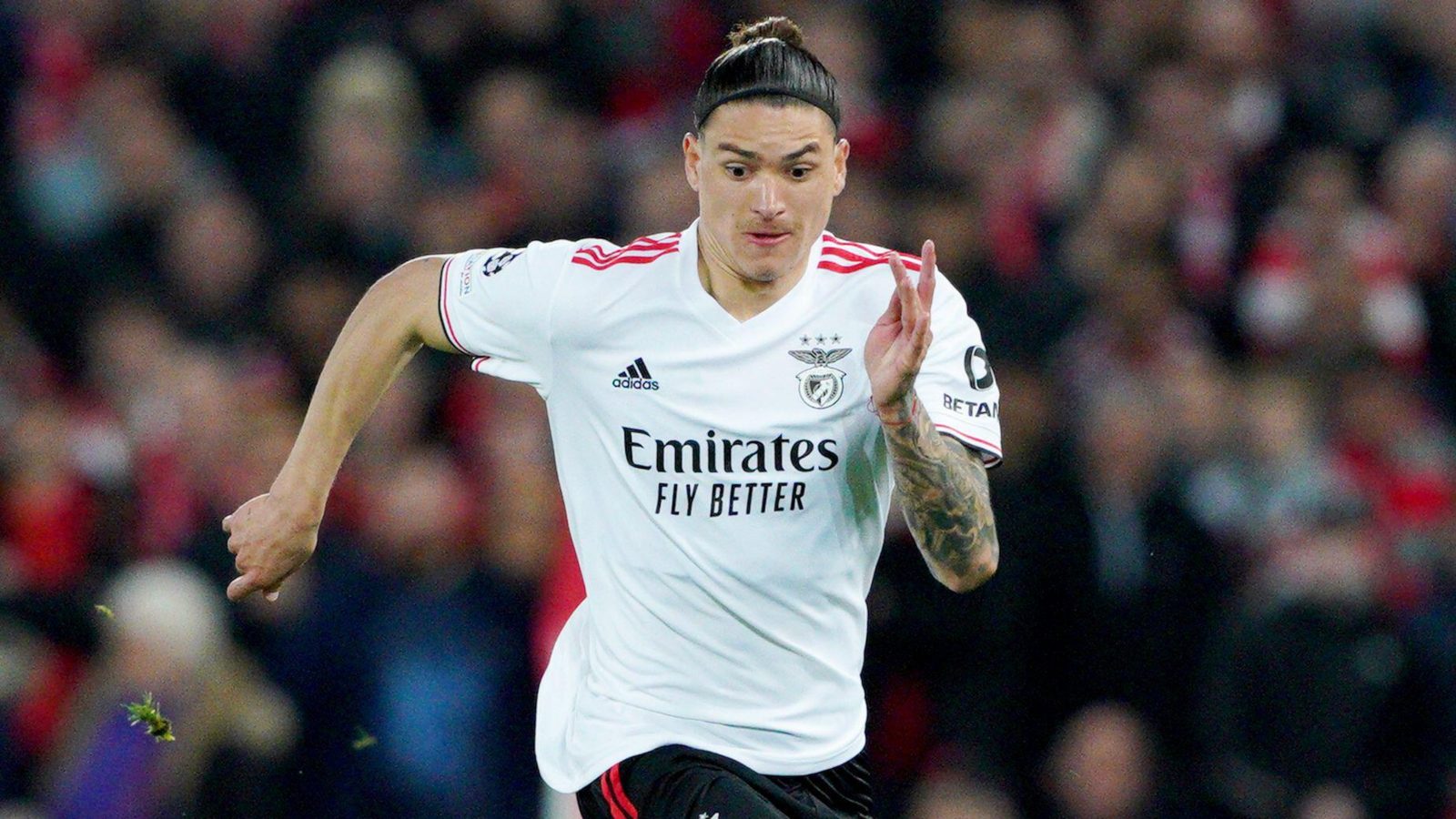 Benfica have confirmed that they have reached an agreement with Liverpool for Darwin Nunez that could eventually see the Reds break their transfer record for the striker.

The two clubs have agreed an initial fee of 75m euros (£64m), rising to a potential 100m (£85m) euros with add-ons if Nunez is a success at Liverpool.

‘In the early morning hours of this Monday (0:44 am), Sport Lisboa e Benfica – Futebol, SAD informed the Securities Market Commission (CMVM) that it had reached an agreement with Liverpool FC for the sale of all rights to the player Darwin Nunez, for the amount of €75m,’ read an official Benfica statement.

‘To the CMVM, Benfica’s SAD also informed that the agreement provides for the payment of a variable remuneration, so the global amount of the sale could reach the amount of €100m. It is further informed that the aforementioned agreement is dependent on the signing of the player’s sports employment contract with Liverpool FC.’

The 22-year-old scored 34 times in 41 appearances for Benfica last season, including in two Champions League clashes with Liverpool.

Liverpool’s record transfer is the £75m paid to sign centre-back Virgil van Dijk from Southampton in 2018.

Manchester United were reportedly also interested in signing Nunez, but it was reported that the player himself was not interested in the move, which would have seen him give up Champions League football.

Which Premier League club has spent the most money since Jurgen Klopp took over at Liverpool?

Meanwhile, the Reds have rejected a deal worth £30m from Bayern Munich for Senegal forward Sadio Mane who, like Mohamed Salah, is set to become a free agent next summer if an agreement over a new contract cannot be reached.

Brazil forward Roberto Firmino, another key part of Liverpool’s attack during Klopp’s tenure, has also entered the final 12 months of his current deal, while Japan international Takumi Minamino is attracting interest from a number of clubs.

Liverpool had to move to Nunez when Manchester City signing Norwegian goal machine Erling Haaland after losing the Premier League by just a point.