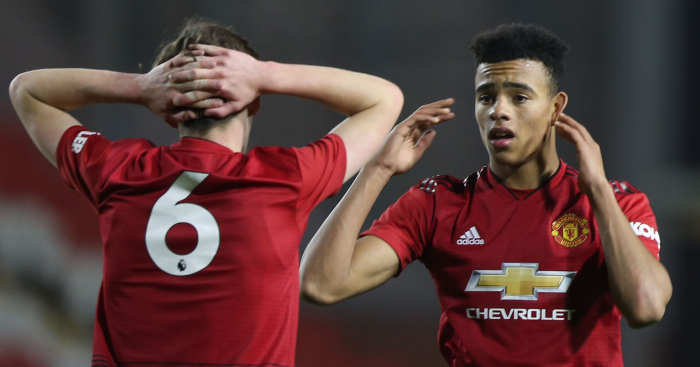 Ole Gunnar Solskjaer has named three Manchester United youngsters who will play for the club “at some point” this season – and three first-team players they must dislodge.

Solskjaer has been quite the success as interim United manager since taking over in December.

The club have won all eight of their games under the Norwegian, have closed the gap on the Premier League’s top four and are in the fifth round of the FA Cup.

But Solskjaer is also looking to the future, and says Mason Greenwood, Jimmy Garner and Ethan Laird could be the next cabs off the youth-team rank.

“We have quite a few talents in that youth team that you’d like to see and will see at some point before next season to put the club and team in a good position,” Solskjaer said.

“How we will look next season – Mason, Jimmy, Ethan – it’s just about the right time.

“What Man United are going to look like next season with or without me, it doesn’t matter – I’m here to prepare for next season.

“We’ve got Alexis, Rom, Juan, who haven’t played so much lately, they’re three players you have to jump ahead of as well and they’re quality.

“We’re here for results as well.”