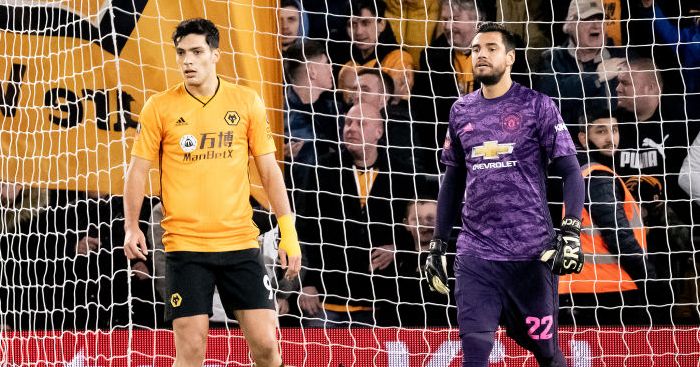 United will face Wolves in an Old Trafford replay later this month after the two Premier League sides played out a goalless draw.

Jimenez came on at half-time and, in Solskjaer’s words, “did really well” after being linked with United earlier in the week.

“Another good player being linked with us,” Solskjaer said. “He came on and did really well.

“Loads of players are being linked with us. I can’t comment on speculation.”

Rival manager Nuno was similarly hushed on the rumours.

“It’s the first time I heard it,” said Nuno. “Ole didn’t mention anything about that.

“The transfer window is open. When it is open anything can happen.

“As managers we have to be ready because anything can happen. We are very happy with Raul.”