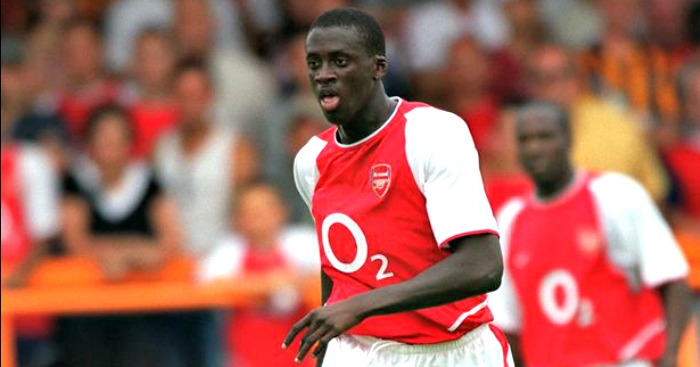 This article was originally published last March, but Arsene Wenger will ensure it remains relevant until the end of time.

One in every four people have almost been signed by Arsene Wenger. Look around you now; whether you are in your home, your office, a train or a school, there is at least one person in every room that Arsene Wenger has almost signed. So here’s an XI. We’re going for a Garth Crooks 3-3-2-2, before you ask.

Keeper: Petr Cech
‘But Arsenal did sign Petr Cech!’ says the lonely voice in the back. Shut up, lonely voice. No-one respects your opinion. Arsenal bought Cech from Chelsea in the summer of 2015, but Wenger had been monitoring the goalkeeper since his time in his native Czech Republic.

“There was a chance before I went to France that I could sign for Arsenal but I was only 18 or 19 and at that time Czech Republic were not in the European Union,” he told Arsenal.com upon his eventual signing. “You needed a work permit and the conditions were to play 75 per cent of the first-team games for the national team, which at the time was impossible for me to get. In the end I went to France because I couldn’t get a work permit. I had a few teams who were interested but Arsenal was one of the main ones.”

In a later interview with The Sun, Cech added: “At the last minute I think the person who was the chief scout at Arsenal didn’t think I was good enough for the English league. So in the end it didn’t happen.”

Central defence: Gerard Pique
The summer transfer window of 2003 was something of a mixed bag for Arsenal. Jens Lehmann and Gael Clichy joined for low fees, and would soon establish themselves in a successful first team. Philippe Senderos and Johan Djourou also arrived, and would soon become club legends. A wiry 16-year-old with an ill-advised mullet joined from Spain. He nearly brought his mates, too.

Arsenal’s signing of Cesc Fabregas that year is a story oft-told, with Barcelona unhappy at losing one of their most-prized young assets. But the midfielder was nearly joined by two other La Masia products in north London. One was a little Argentinean kid who barely registered above five feet tall; he would never amount to anything. The other was a towering central defensive midfielder, also wanted by Manchester United.

Wenger failed to procure the services of a young Gerard Pique, who starred in the same youth team as Fabregas, despite his best efforts. A year later, the now-converted defender left Spain for United. Pique spent four years at Old Trafford, before growing weary of sharing back-up duties with Jonny Evans. He subsequently returned to Barcelona to win seven La Liga titles and three Champions Leagues.

Central defence: Vincent Kompany
Back before Vincent Kompany had calves, the Belgian was a hot commodity among Europe’s elite. Even before Mark Hughes identified the central defender as the future of Manchester City and signed him in 2008, the fresh-faced 20-year-old was wanted by Real Madrid and Barcelona. And, of course, Arsenal.

With ‘But I am’ Sol Campbell leaving the Gunners in 2006, Wenger sought to replace his defensive talisman. Kompany, then at Anderlecht, was a mooted purchase, but Hamburg eventually won that particular battle.

“I had meetings with Emilio Butragueno at Real Madrid, the club leaders at Barcelona and by Arsene Wenger himself at Arsenal.

“But heading to an absolute top club immediately was not the right solution because Vincent is someone who feels alone in an environment where he is not properly valued.

“Vincent is not a third or fourth choice.”

Central defence: Raphael Varane
“I’m happy for him because he’s carving out a role at one of the world’s best clubs, which is remarkable,” Wenger told Eurosport in 2013. “Yet at the same time, when you are in charge of a club like Arsenal, you have to wonder why this player is not playing for us. He was at Lens, and we might well have caught him there.”

Explaining Arsenal’s failure to sign Varane, who joined Real Madrid from Lens in 2011, club scout and former player Gilles Grimandi added: “It’s easier to help a striker grow because you can ask him to do whatever he wants on the pitch and show off his talent. Making a defender into a first-team player takes more time because it’s a position which requires maturity, even if Varane is an exception.”

A reminder that Raphael Varane was 18 when Arsenal looked to sign him in 2011; Calum Chambers was 19 when he moved to the Gunners from Southampton in summer 2014.

Central midfield: Yaya Toure
The closest of Wenger’s nearly men. Yaya Toure wore the red and white shirt – he even played a match for the Gunners – but those dastardly work-permit issues would prevent his signing.

“I know him very well, since he was 15 years old, so I know him for a long time. He is a top-class talent,” Wenger said of the midfielder, who played a youth game for the club against Barnet in 2003. With brother Kolo already at the club, Yaya looked odds-on to sign. But the trialist’s performance was described as “completely average” by the manager, and the midfielder jointed Metalurh Donetsk instead.

“He was here as a young boy but we cannot get players in here if they are not internationals,” Wenger added. “He had no work permit and was too young. We tried to wait until when he was in Belgium, we tried to get him a European passport. He was not patient enough and left.”

Central midfield: Paul Pogba
One of Sir Alex Ferguson’s biggest mistakes, but also one of Wenger’s largest regrets. When Paul Pogba tired of sitting behind Park Ji-sung and Rafael in the central midfield pecking order at Manchester United, he decided to leave. The Frenchman was not short of suitors.

Predictably, his compatriot Wenger was among them. “Things happened very quickly. We were interested in him,” the Arsenal boss said in 2014. “We tried to get him to come here. But he very quickly signed for Juventus.” And so the circle of transfer life continued.

Central midfield: Claude Makelele
While many of the players in this XI are recent Wenger regrets, the diminutive French midfielder serves as a reminder that the Arsenal manager been on the brink of signing everyone for the past two decades.

Back in 1996, Wenger was faced with a difficult proposition. Relative unknown Patrick Vieira had already become one of his first signings since being appointed Arsenal manager. Now he has being offered Makelele, a 23-year-old midfielder who had just won Ligue Un with Nantes. Wenger trusted that Vieira would be a success at Higbury, and chose to turn Makelele down.

“Claude Makelele was close to signing for us,” Wenger told The Independent in 2006. “I missed a few,” he added, with no hint of sarcasm.

We would like to take a moment to congratulate Makelele on his finest achievement to date. From his Wikipedia page:

Back in 2003, Ronaldo was not the physical force of nature he is today. Instead, he was a spotty, wiry teenager who was rather enamoured with step-overs. Yet his talent was obvious, and he was in demand. Wenger had even agreed a £4million fee with Sporting Lisbon for the Portuguese winger’s services. Then Carlos Queiroz – always Carlos bloody Queiroz – intervened. With Liverpool and Arsenal vying for the teenager’s signature, United suddenly emerged as the favourites. One impressive friendly against United later, and he moved to Old Trafford.

“He was very close to coming here,” Wenger said in 2014. “He has a No 9 shirt with Ronaldo on the back from Arsenal Football Club. What happened was that Carlos Queiroz went to Manchester United and they snapped him away from us because he knew him from Sporting.”

And now, with Wenger leaving Arsenal, he says: “You could imagine at the time what it would have been like to have Thierry Henry and Ronaldo together. Later Man United had Rooney, Ronaldo and Van Nistelrooy together, they had an exceptional football team, and Giggs and Scholes together. That would certainly have changed a little bit the history of my stay here as well.”

False inverted No 10: Lionel Messi
As aforementioned, when Wenger secured the talents of a young Cesc Fabregas in 2003, he actually sought to sign a trio of Barcelona youngsters. Gerard Pique was another, and one Lionel Messi was the third.

Some reported that a stumbling block as insignificant as accommodation for Messi’s family caused the deal to break down. Not in Wenger’s eyes. “I think in the end he was not so keen to move,” the Frenchman once said, discussing his biggest transfer regrets. “It was not completely down to a flat in the end, it was down to the fact that Messi was comfortable at Barcelona.”

Striker: Romelu Lukaku
Romelu Lukaku moved to Chelsea from Anderlecht in 2011. Naturally, Arsenal were late to the party.

“Yes, we knew him in Belgium but at the time he opted to go to Chelsea,” Wenger said. “He is developing every year. His finishing is better, his technical is better. He has better numbers.”

Striker: Zlatan Ibrahimovic
Football’s answer to Romeo and Juliet, if Romeo was an iconic Swedish striker who won pretty much everything and Juliet was a football club struggling to match their previous highs due to their struggling manager. And if Romeo teased Juliet incessantly for 16 consecutive years.

There are conflicting stories from the two parties regarding this deal. In Wenger’s words: “He was 16, I asked him to have some training with the first team. He did not want to do it and I did not sign him.”

Ibrahimovic’s view was dripping in Zlatan: “I didn’t like being asked to prove myself. I know I’m good enough. I don’t need to show it to you. Either you know who I am or you don’t. Zlatan doesn’t do auditions.”

But he does do questionable hats and awkward smiles. We were all 16 once.