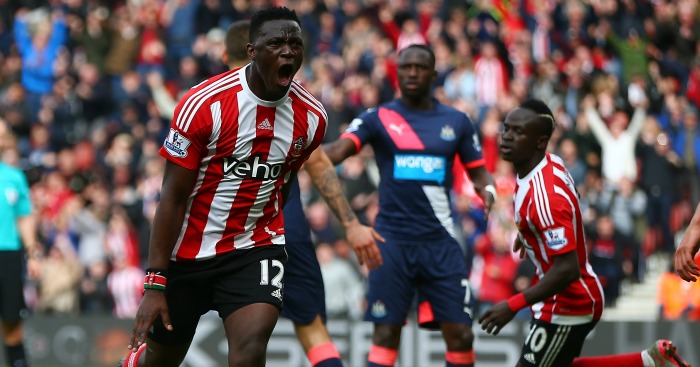 ‘The problem is Koeman has made it look a breeze,’ wrote Martin Samuel in a particularly unpleasant Daily Mail column from October 2014 in which he gleefully predicted the demise of Southampton. ‘This way the Championship lies. Not this season, maybe not next season, but ultimately,’ was his generous prediction. ‘If the board thinks it can get away with it year on year, there is an inevitable conclusion.’

He suggested the ‘tipping point’ would be the sale of Morgan Schneiderlin and a year later – in September 2015, he was back, gleefully celebrating the Saints’ poor start: ‘A year ago, the summer sales gave Ronald Koeman the chance to build his own team; this time he will have seen the departures as debilitating. Indeed that was the problem with last year: it made the process look easy. It never is.’

Obviously Samuel could not have been simply holding a grudge from the damages awarded to a former Southampton chairman for one of his columns – that would be absurd – so we can only conclude that his snide stems from being uncomfortable with events that defy logic. He’s probably not the only one: After column after column was written in praise of Everton standing firm on John Stones and West Brom being stubborn about Saido Berahino, it seems absurd that Southampton could in two seasons sell – deep breath – Rickie Lambert, Dejan Lovren, Adam Lallana, Luke Shaw, Callum Chambers, Nathaniel Clyne and Schneiderlin – and not just survive, but thrive.

Right now, there are only five Premier League teams who have reached the 50-point mark in three consecutive seasons; one of them is Southampton. Liverpool, Stoke and Chelsea are likely to join that short list by the end of the campaign but still, only one of those eight consistent clubs will have sold seven of their best players in two summers; only one of those eight consistent clubs are probably going to sell two more this summer.

Leicester’s likely title victory is in a different stratosphere, but Southampton’s success is arguably more surprising than that of West Ham, who bought extensively in the summer as well as upgrading their manager; only the ‘be careful what you wish for’ brigade did not expect at least some improvement. Sustainment is never as sexy as a giant leap forward, but Ronald Koeman and the Southampton board deserve at least as much credit as those in the East End.

“After the last transfer window, Southampton was the only team in the Premier League who got money out of the transfer window, nobody else. Nobody else,” said Koeman in December in quotes widely and perhaps rightly interpreted as a threat that the Dutchman could leave if things did not change. Right now – with Southampton just three points behind Manchester United – they sound more like a boast: Look what we did to defy all logic.

The problem for those of us who would like to see Southampton given more credit – and Koeman held in higher regard than the likes of Roberto Martinez and Mark Hughes – is that they have made it look like a breeze.