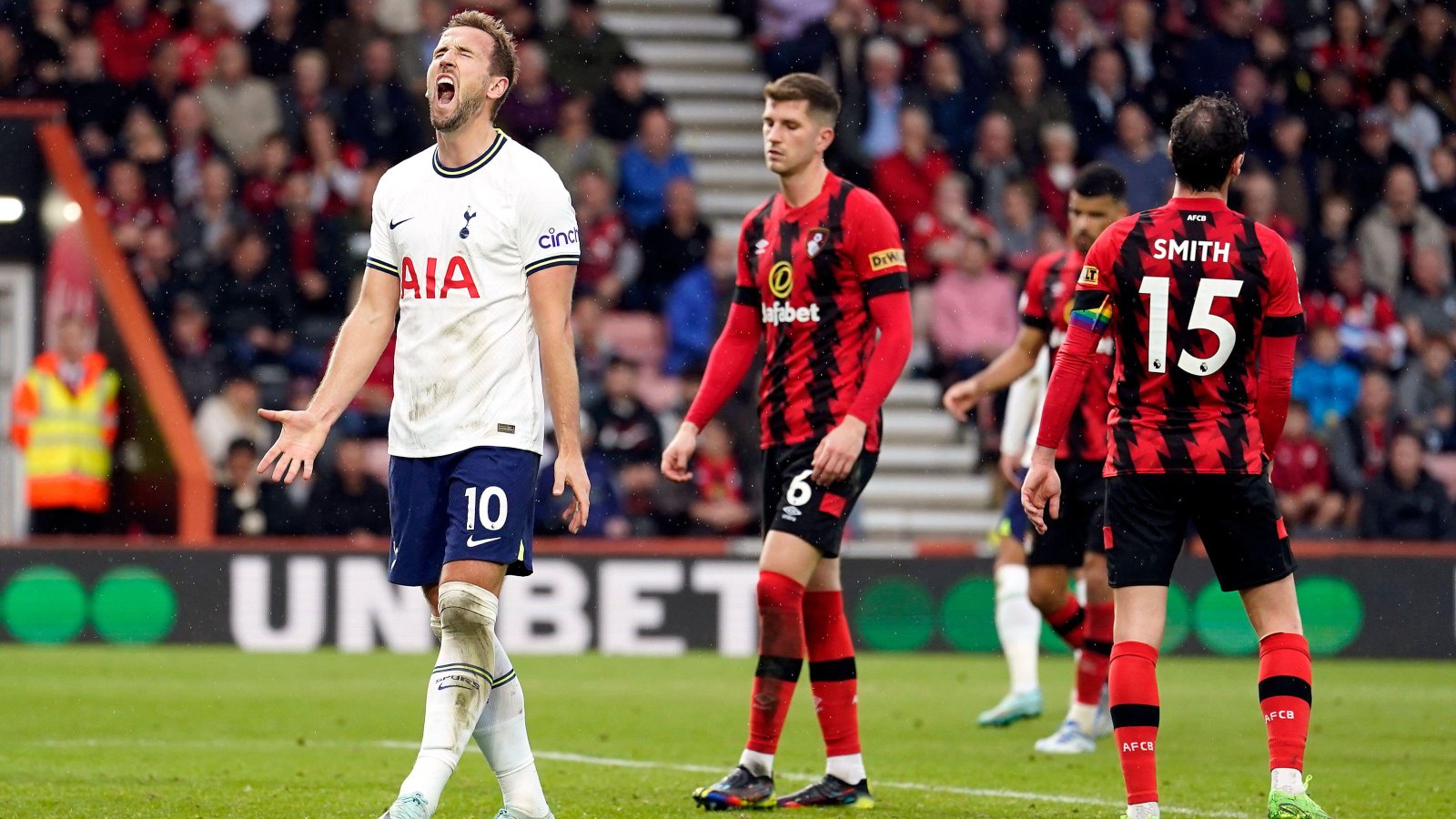 Jamie O’Hara claims there is a “media agenda” against Tottenham with everyone concentrating too much on what Arsenal are doing.

Spurs came from two goals down at half-time against Bournemouth on Saturday to win 3-2, thanks to goals from Ryan Sessegnon, Ben Davies and Rodrigo Bentancur.

Tottenham are third in the Premier League table after a good start to the season, at least in terms of results, with Antonio Conte coming under fire over their defensive tactics.

Three matches in all competitions without a win saw the pressure building on Conte before their victory over Bournemouth  – but Tottenham are top of their Champions League group and five points off the summit of the Premier League,

And O’Hara thinks the media are giving Tottenham and Conte a harder time than they deserve so far this season.

O’Hara told talkSPORT: “They’re third in the table, top of their Champions League group. There is an agenda, there’s a media agenda around Tottenham.

“I think it’s because everyone is worried about what this club can actually do. Can we push on? Can we get in and amongst it? Can we be successful?

“And you’ve got Conte, who I think is a brilliant manager. The issue that we’ve got is: everyone expects Tottenham to play like Man City and Barcelona. And we’re just not that. We haven’t got them players. We are a defensive outfit and we’ve started the game with eight defensive players, that I don’t agree with.

“Conte has got to change that and I don’t think he’s confident in the bench in terms of starting them, like Lucas Moura and Bryan Gil, I don’t think he wants to start these players, he doesn’t think they’re good enough.

“So he goes with that defensive look and we only Harry Kane and Son, who are the only attacking players. In the first half we were an absolute disgrace, we are a joke. And then we come out, he changes it second half, we play on the front foot, we’ve got nothing to lose, the shackles are off and then we look brilliant.

O’Hara added: “I don’t know what it is but the mentality of us at the start of games needs to change. It’s like we are waiting to go 1-0 down. And when we go 1-0 down it’s like ‘right, now we’ve got to go and play. Now we’ve got nothing to lose because we’re losing anyway’.

“And then we go and play and then we blitz teams. And that’s what I don’t understand. Start the game like that and if you go 1-0 down, fine, but at least start the game on the front foot. It’s like we are waiting to get beat all the time and it’s frustrating because we’ve got so many good players in the squad in terms of what we can actually do.

“And I think the problem is because Arsenal are playing so well, everyone is looking at Spurs: ‘Oh you know, Spurs Arsenal, Spurs Arsenal’. And we’ve just got to forget about Arsenal and do our own thing.”