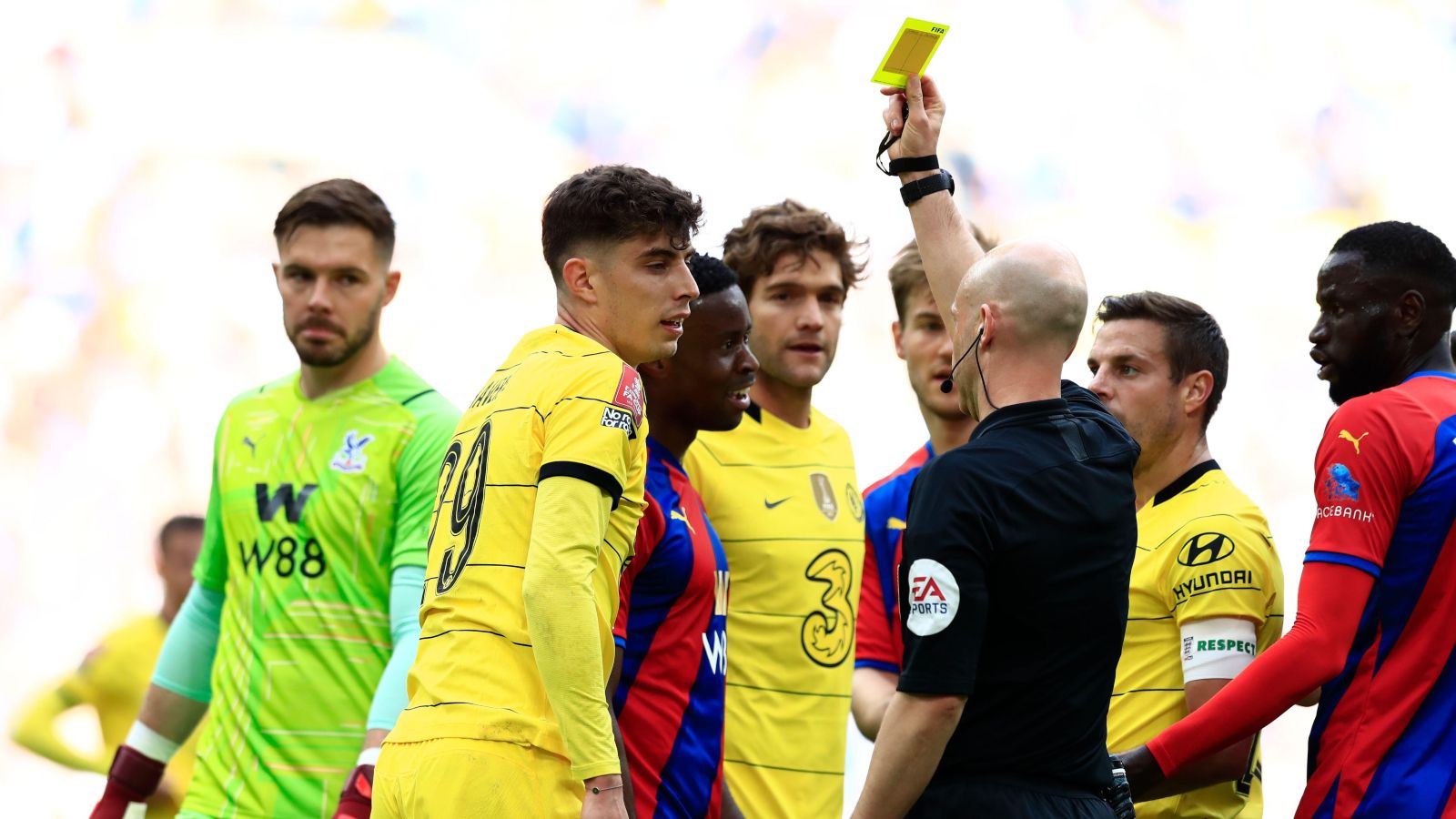 The Blues had to wait until the 65th minute to break the deadlock through substitute Ruben Loftus-Cheek before Mason Mount wrapped up a 2-0 win over Patrick Vieira’s side with 14 minutes to go.

One of the big talking points in the match was a blatant dive from Havertz on his way into the penalty area, which Anthony Taylor correctly booked him for.

Palace didn’t soil themselves like Man City, and other musings

However, former Tottenham midfielder O’Hara thinks the simulation was so “shocking” that Havertz deserved a red card for the offence.

Speaking on Sky Sports, O’Hara said: “Havertz’s first touch is absolutely brilliant, he takes it past the defender but as he goes past him, he looks like he got fouled right on the edge of the box, he’s looking for the penalty. It would have been right on the edge.

“The referee books him for diving. Now when you watch it back, instantly, you get the replay and you come back and Havertz has dived, it’s a shocking dive as well. Absolutely no place for it in the game.

“He’s got to book him for it. The Crystal Palace players are going crazy because that for me is such bad simulation. Not what you want to see in the game, especially at the highest level at a big moment.

“It’s actually stupid from him because his first touch takes him past the defender anyway, he’s in. He could get a shot off, he’s one-on-one with the keeper almost. Shocking from him, I hate to see it in the game. We need to get it out as quickly as possible. I would have sent him off.”

Jamie O’Hara was NOT happy with Kai Havertz after the Chelsea man was booked for diving. pic.twitter.com/jvgNzDM0Ej

Meanwhile, Chelsea winger Christian Pulisic expects there to be an extra edge to their FA Cup final clash against Liverpool next month after Chelsea lost to Jurgen Klopp’s men in the Carabao Cup final earlier this year.

Pulisic said: “Yeah, I think that will be good, we definitely want to play against them again and it will be a really good match, and we’re looking forward already to the challenge.

“And hopefully we can get on the better side of them. There’s not really been much between us in the matches this season, so we’re hoping we can come out on top.

“It’s not going to be easy, it’s probably going to be another one of those games, and hopefully we can just get the edge on them.”