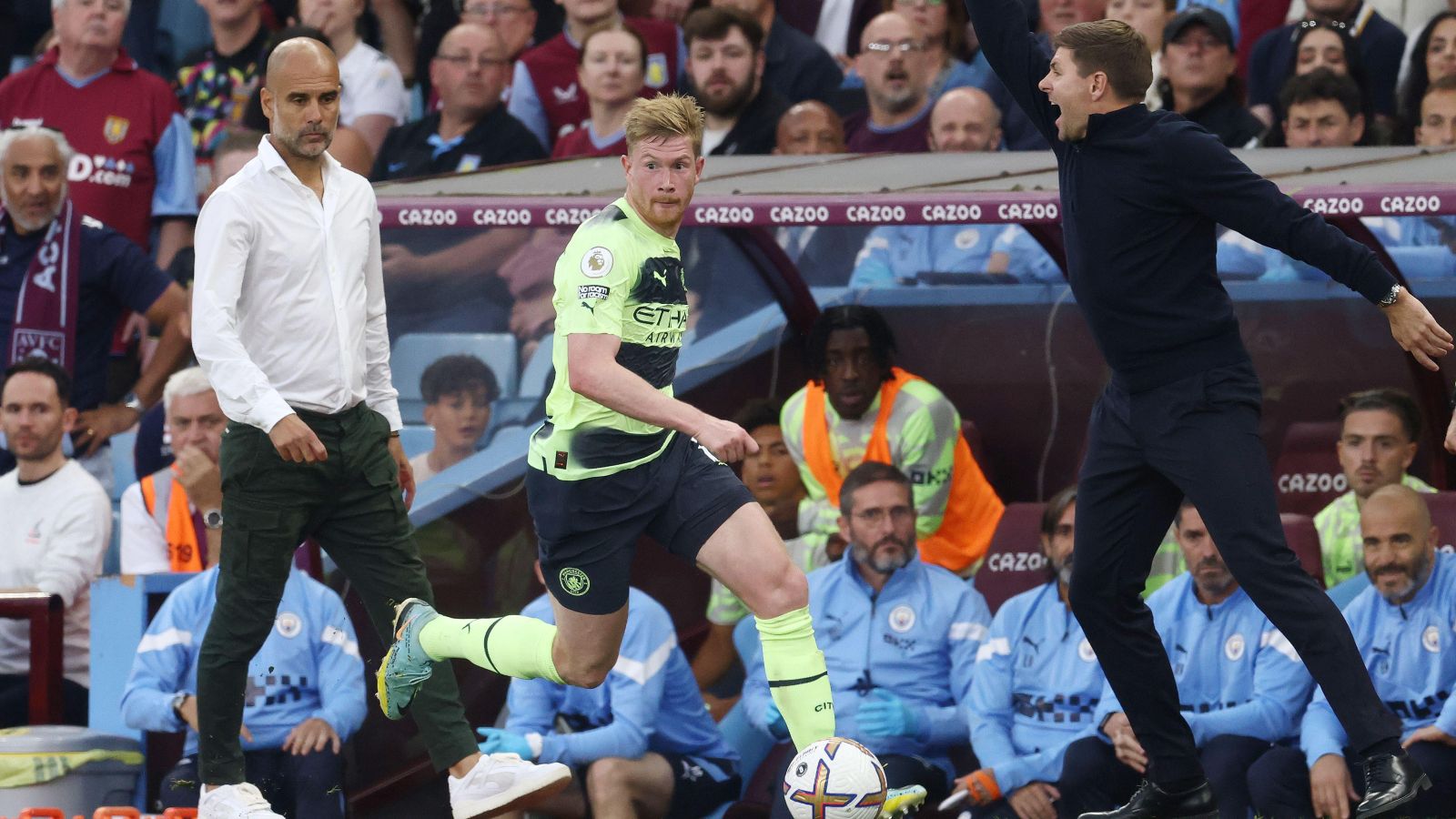 There has always been a debate between Liverpool, Manchester United and Chelsea fans as to which of Gerrard, Scholes and Lampard is the best midfielder in Premier League history.

It’s possible to make a case for all three but there’s now a new kid on the block in the form of Manchester City midfielder Kevin de Bruyne with the Belgium international becoming part of the same conversation.

It was put to O’Hara by talkSPORT presenter Jason Cundy that De Bruyne “could go down as possibly the best midfielder this country has ever seen”.

But the former Tottenham midfielder was having none of it with Liverpool legend Gerrard his undisputed selection as the best midfielder in Premier League history.

“Gerrard goes down for me as the best midfielder the Premier League has ever seen,” O’Hara added.

“Steven Gerrard, he was unbelievable, he was a machine.

“I walked off the pitch when I played against him and was like, ‘Oh my word, I’ve come up against a player that I couldn’t get near in any single form of the game’. Heading, crossing, passing, strength, decision-making, awareness, pace, ability – he had everything. He carried the club [Liverpool] on his back for how many years?”

“He has just equalled Gerrard in terms of assists in the Premier League, but in far less games,” Ferdinand said on his Vibe with FIVE YouTube show. “He still has some way to go to equal Cesc, Giggs, Lampard.

“Say if Frank, Stevie, Scholesy, Vieira, Keane were playing against Kevin De Bruyne now, it would be interesting.

“The game is different. Would De Bruyne be able to play in a two-man midfield against a Vieira or Scholes? Would he be as effective?

“I think De Bruyne would. His capacity to run, his dynamism, his ability on the ball. Only [David] Beckham passes the ball better on the run, crossing-wise.”