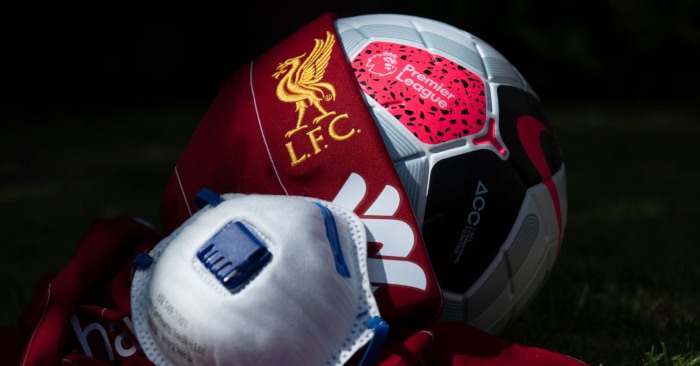 Envy those who are sure of their stance, who believe with all their hearts that footballers should be back at work – of course they should be back at work, the risk is minimal and the pay is huge – or believe without question that footballers should not be used as guinea pigs and should no more leave their houses to work than you, I or anyone else whose work is not essential. The rest of us can only listen with envy as we have no idea what to think anymore. Are you really a modern football fan if you have not found yourself arguing from both positions with different opponents this week, if you have not found yourself somehow siding with millionaire footballers unfairly pitched into a battle with nurses and teachers about who has the right to refuse to work? And then stopping as you realise you have no idea what you think anymore.

And that’s okay because it’s really very confusing. It’s particularly confusing if your job and the jobs of your friends might rely on the return of football, and yet you instinctively think it is too soon and too dangerous. The arguments about young athletes being less susceptible to this illness are powerful, but so are the voices of black men who have unanswered questions about ethnicity’s role in that susceptibility.

This whole bizarre period is marked by an oscillation between fear and flippancy for most, whether we are discussing the return of schools, the re-opening of shops or seeing more than one loved one at the same time in a public place. Add football to that list because there are days when it seems ridiculous that it could return in less than a month and others when it seems ridiculous that there should be any question about its return. And it’s possible to simultaneously hold both those opinions, stuck on a traffic island between self-interest and sympathy.

Not only are many of us holding all those thoughts but so too are footballers. Giddy to kick a football in phase one of their return but then worried about the inevitable contact of phases two to three and the effect that might have on their loved ones. Yes, there will be testing. Yes, there will be protocols. And yes, you can know and believe all that and still think that maybe it is not a risk worth taking.

If you no longer know what to think, then join our club. We are confused and are flip-flopping by the hour on whether we should be watching Premier League football in June. Only six positives? Encouraging. Bundesliga returns? Brilliant. But then there are the daily updates of deaths and the very real fears of a second peak. Yes we want to see football, but then we also want to hug our parents; those desires feel a little too interlinked for comfort right now.