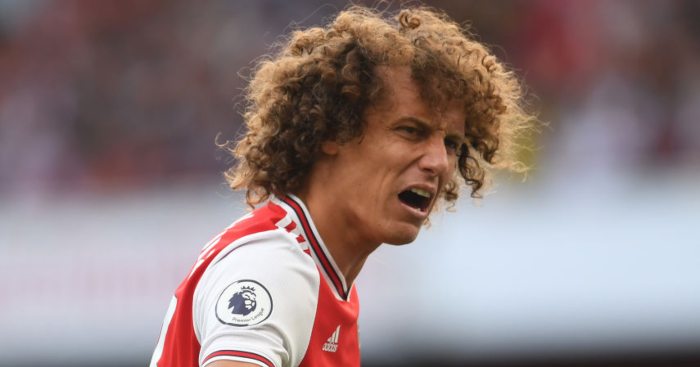 Our oldest regular centre-half is two days older than Jan Vertonghen, and a world apart in style. His trophy record is phenomenal. He’s played in three different leagues, winning titles, cups and Team of the Year honours in all three. In Europe, all he’s done is start and win a Champions League final and two Europa League finals in two different positions.

In international play his haul is less remarkable, with only a Confederations Cup title to his credit. But he’s scored twice in World Cup knockout wins, including an unforgettable free-kick that provided the margin of victory. He’s delighted and infuriated, but he’s never ever been boring. He’s the one and only…

David Luiz is such a familiar figure – and his career has gone through so many phases – that it’s hard to remember the sensation he caused when he debuted with Chelsea in February 2011. He was athletic, he was uninhibited, he had marvellous skills, he had big hair. I remember an over-excited Chelsea fan writing into the Mailbox wondering if Luiz had made the best debut in Premier League history.

We know a lot more about him now. But if those salad days are hard to recapture, it’s even harder to believe he’s the oldest first-choice centre-half in the league. You may look at David Luiz circa 2020 and think erratic, unreliable, reckless, but you don’t think old. That’s because his game really hasn’t changed much: he might be a bit slower, but you don’t notice it because his mistakes are much the same as ever. So are his great plays. The hair’s the same, too. Here’s a picture to prove it wasn’t always so… 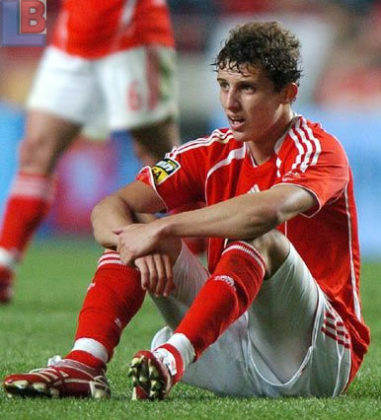 Neither was his reputation. As a teenager he was released by the academy at São Paulo and wound up trying his luck as a defensive midfielder in the Brazilian third division, at EC Vitoria in far-off Bahia. Even there he was on the verge of being released, until coach João Paulo Sampaio decided to try him at centre-half.

It wasn’t long before Benfica came calling. In January 2007, still only 19, he was signed as a possible replacement for Ricardo Rocha (yes, that Ricardo Rocha, of Spurs and Portsmouth). By January 2008 he looked set to be a regular, but a serious metatarsal fracture set him back nearly a whole year.

Still, by 2009/10 he was established as first-choice centre-half, and performed so brilliantly that he was named the Primeira Liga Player of the Year. To this day he’s one of only two defenders to receive that honour. He had already started twice for the Brazil U-20’s at the 2007 World Cup (a side that also included Marcelo and Willian), and after his big Benfica season he got his first senior cap with the Seleçao.

Take the World Cup, for example. After playing a crucial role in Brazil’s round of 16 victory over Chile (goal, shoot-out penalty), he scored a wondrous free-kick in the quarter-final against Colombia, full of dip and sway.

The celebration wasn’t bad either. A few days later he was team captain in the ultimate humiliation, 1-7 against Germany, at fault for three of the goals.

Or take his second stint at Chelsea, beginning in 2016/17. After a typically bumpy start, he found his calling in the middle of Antonio Conte’s new back three, and deservedly made the PFA Team of the Year. But the next season he fell out with Conte, who questioned both his skill and attitude, and for some time it looked as if he’d never play for the club again. To top it off, knee and ankle injuries sidelined him for the majority of the campaign.

But you can’t keep a crazy man down. He recovered his starting spot under Maurizio Sarri, and played the full match in the Europa League final victory. Although he’ll be 33 in April, he’s now first choice in north London as he was in west. He’s certainly had his share of embarrassment this season – who’s to say Mikel Arteta can’t help him to a little more glory?

And speaking of glory, let’s talk Europa League. You might remember that in the 2012/13 season Luiz played some in defensive midfield. Naturally he’d been a bit shaky in the back line, and Rafa Benitez doesn’t do shaky in the back line. When the semi-finals against Basel came around, he was chosen to anchor the midfield. He was my man of the match in the first leg, also scoring from a free-kick in stoppage time to put Chelsea ahead. In the second leg, he did this, with his weaker foot:

He was also at DM for the nail-biting final win over Benfica.

But when we talk finals, we have to go back to That Night In Munich, and the biggest trophy of them all. He hadn’t played since being stretchered off in the FA Cup semi-final with a hamstring, and no one knew whether he’d be fit. With John Terry suspended (ahem), and Gary Cahill also fighting hamstring problems, Luiz was essential.

He went 120 minutes, and more. When he stepped up in the penalty shoot-out, the Blues were down 0-2. He absolutely had to convert. He took that long, long run-up, and I was sure he was going to blast it over. How could anyone score with that kind of run-up? I hadn’t known he’d scored against Fulham in a League Cup shootout in the exact same situation: second shooter, down 0-2. Had you?

He blasted it, all right. High into the right corner. Unstoppable

A few minutes later Chelsea were champions. After the match Luiz revealed he hadn’t been fully fit and had played through the pain.

It’s the sort of thing that makes you a legend, but Luiz was already a legend, simply because of how he played the game. Early in his Chelsea career, Gary Neville notoriously described him as playing as if controlled by a 10-year-old on a Playstation. Absolutely – but why the heck not? When Luiz later played for PSG against Chelsea in a bitter Champions League knock-out tie, he engaged in an amazing amount of sh*thousery to help defeat his former club. But Blues fans forgave him when he came back, because he was David Luiz.

Now in his latter years, he remains irresistible. If he didn’t exist, we’d be forced to invent him. He’s the fervour, unpredictability and madness that is football. And don’t forget the hair. It’s all epitomised by his social media catchphrase from the early Chelsea days: ‘Enjoy the life, geezers!’

With David Luiz Moreira Marinho in our lives, it could hardly be otherwise.