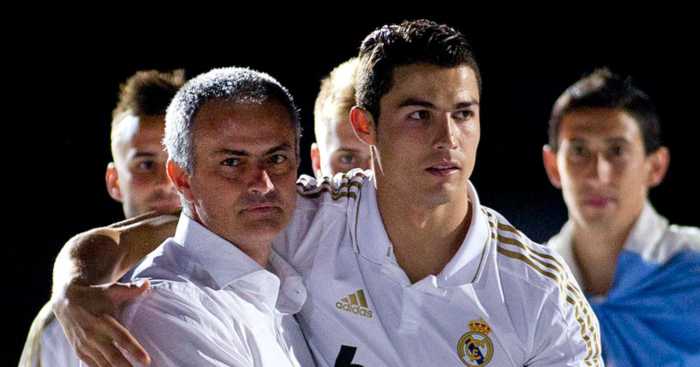 Jose Mourinho might already have revealed the next destination in his storied managerial career.

Mourinho has expressed his desire to return to coaching as soon as possible after his Manchester United sacking last December.

The Portuguese has been linked with Monaco or Lyon, as well as former clubs Inter Milan, Real Madrid and even Celtic.

But he could be bound for Juventus after Gazzetta dello Sport reported earlier this week that Cristiano Ronaldo had asked for him to replace Massimiliano Allegri.

The pair worked together at Real, winning a La Liga title and one Copa del Rey in three years, but their relationship was strained by the time Mourinho left in 2013.

Ronaldo’s desperation to win another Champions League crown at a third club could fuel his desire to see Mourinho appointed in Turin however, with the 56-year-old installed as third-favourite for the post.

It seems that Mourinho might already have alluded to the appointment, revealing in March that he had spoken with a former player about returning to management.

“One of the players that I have a great relation with him, he plays for a team and he told me, ‘You should come here next season’ and I told him, ‘They don’t love me’,” he told beIN SPORTS two months ago.

“He told me, ‘You win three matches and they will start loving you’.

“This is just… we are professionals and we have respect for each other, even when we have bad reactions on the pitch, in the press conference, a player be more aggressive with another one.

“It’s people from the same industry and in the end people respect each other.”