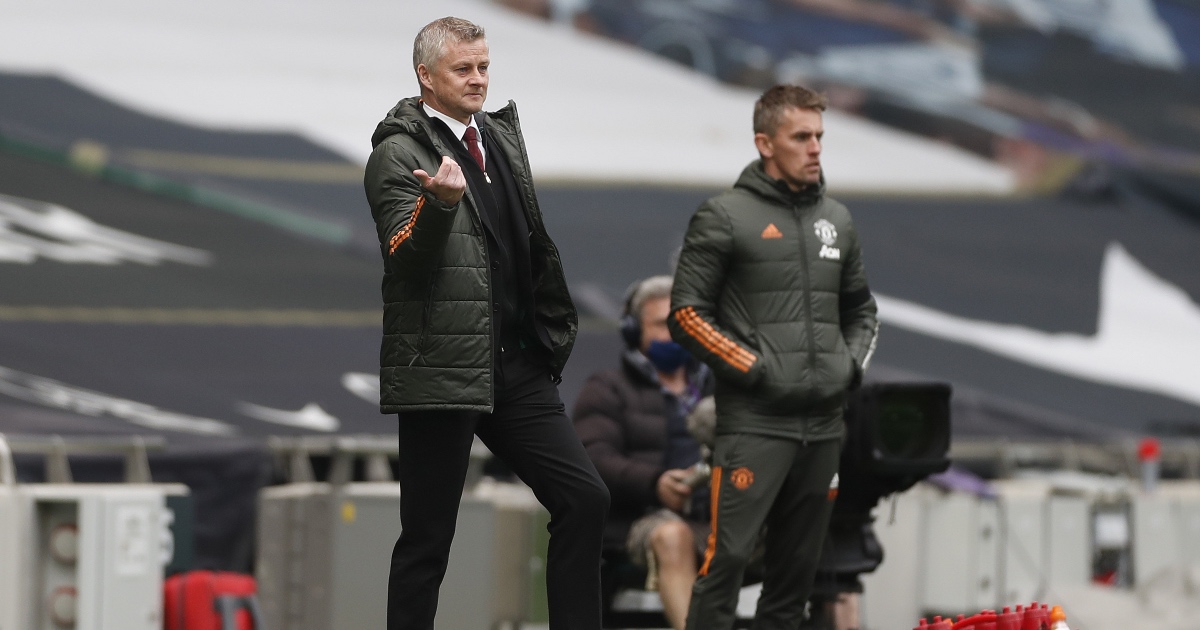 All four of their Premier League defeats this season have come at home, as well as the Carabao Cup loss to rivals Man City.

The Red Devils play Granada on Thursday in the second leg of their Europa League quarter-final tie.

They’ve got a 2-0 aggregate lead after the first leg.

When asked about Man Utd’s home form at a pre-match press conference, Solskjaer said: “You’ll see a change now. If you see the banners round the club, it’s not red anymore. We’ve looked into this.

“There shouldn’t be any reason, really, but some of the players have mentioned that you know that split-second decision that you have to make, look over your shoulder if your team-mate’s there or not and the red shirt is on a red background just with the red seats.

“So we’ve tried to change that along with an anti-racism campaign so of course that was important that it wasn’t red anymore.

“There shouldn’t be any reason. But then again, if you’ve got a 4-0 advantage (like we did against Sociedad) you don’t really have to win that game. Nil-nil was a good result.

“Then the first game against Milan that’s still a draw, we conceded in the last minute.

“I still think we played some good football at home. We started off badly with the three defeats, with Palace, Tottenham and Arsenal very early on, so we’ve improved.”

Solskjaer’s men are yet to win at home in the Europa League knockout stages. They registered a goalless draw with Real Sociedad in the round of 32 and were held by a late AC Milan equaliser in the round of 16.

Luckily their away form has sent them through into the quarter-finals.

Against Granada, Marcus Rashford and Bruno Fernandes scored in the first leg to give them two away goals.

The Europa League is Man Utd’s best chance of silverware this season. They were knocked out of the FA Cup by Leicester and are trailing City in the Premier League.