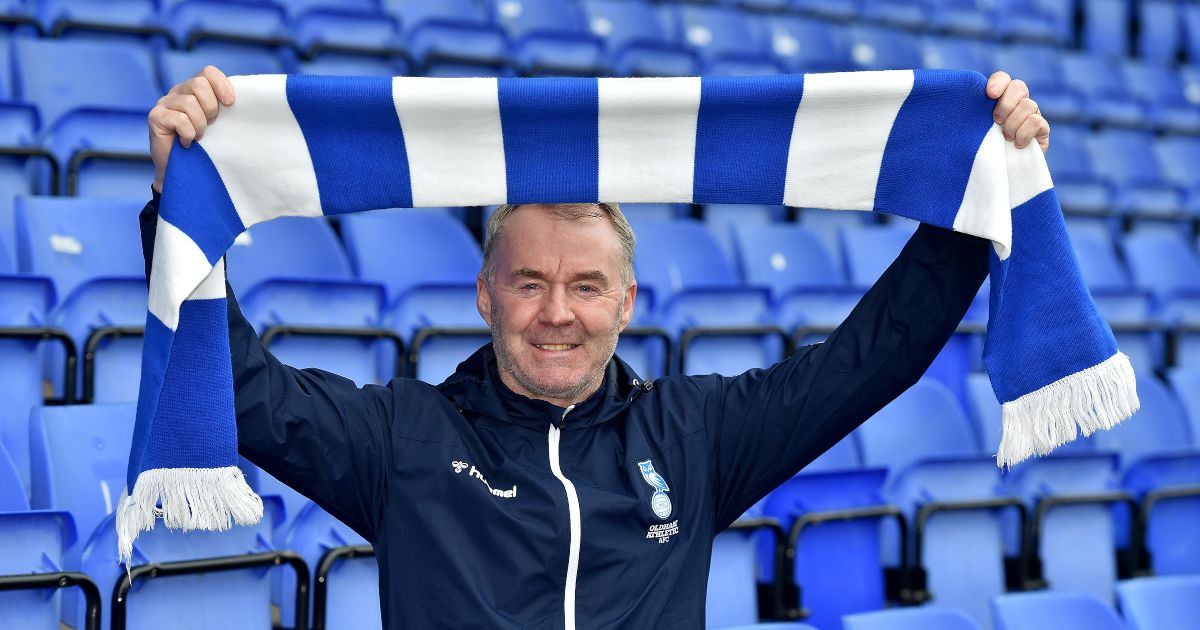 If familiarity breeds contempt, nobody passed that memo to John Sheridan and Oldham Athletic, who are set to embark on a fourth permanent and sixth overall tenure together as both man and club look to save their EFL reputation and status.

The Latics are the only one of the 72 EFL clubs who would find positivity in appointing Sheridan given his recent spells as manager of Swindon Town and Wigan Athletic. Such is his high turnover rate, they were just two of the jobs he held in 2020 alone, also taking in stints at Chesterfield and Waterford.

Since his last brief spell in charge at Boundary Park in 2017, Sheridan has been appointed manager of seven clubs, including Saturday evening’s appointment of the Oldham fan favourite once more, making his name something of a mockery in Football League circles.

Oldham fans have become used to being made a mockery of, with Abdallah Lemsagem’s poisonous ownership leaving them on the brink of being the first ex-Premier League club to be relegated out of the Football League. Supporters have tried everything in their power to overcome the troubles in the hierarchy, from pitch invasions to boycotting their beloved Boundary Park completely.

There was something almost romantic – albeit not from Oldham’s view – in one of the EFL’s newest sides Harrogate Town defeating the Greater Manchester side 3-0, prompting the end of Selim Benachour’s ill-fitting caretaker stint. Winless in eight, Oldham are rock bottom in more ways than one and seven points adrift of safety with an inferior goal difference.

For the first time in a long time, Oldham fans have been almost completely united in something other than anger and despair; Sheridan’s appointment brings at least a slither of hope to a club who have become so familiar with well-reasoned pessimism.

Sheridan has twice saved Oldham from relegation in the past, and has experienced almost as much success with the club as all his other posts combined. That each time he has returned to the Latics they have been in a worse position on and off the pitch speaks volumes about the trajectory the club has taken since the turn of the 21st century. Only six top-half finishes across the three EFL divisions since their relegation from the Premier League in 1994 have given way to zero 1st-12th place finishes in the last decade.

There is only so long a club can tread water and avoid near-misses before they pay the price. This season has been looking increasingly like being the one where Oldham hit yet another new low. Sheridan has experienced enough of those in his own career, especially since his third full-time stint in charge of Oldham came to an end half a decade ago.

Together, they offer each other just the briefest chance of respite. Knowing one another is their best and perhaps only chance of ‘succeeding’ and is enough to convince some supporters to return to their seats for at least the first game of the new era against local rivals Rochdale.

The collective anger that Oldham fans have against those who run their club is understandable, but few could begrudge them giving their backing to the players and a manager who is more popular in these parts than at any of the other clubs he has managed.

When a club is run so badly, even the best managers with the best players would struggle to make up for the farce off the pitch. Oldham have neither of those things, and it is why playing in the National League is looking increasingly likely next season, if there is to be a club to support at all. This corner of the country has already lost Bury and Macclesfield Town; there are no guarantees that Oldham will not end up following the same path.

What Sheridan does offer the Latics is a chance to focus on matters on the pitch for at least 90 minutes. Defeat Rochdale in what is a big enough fixture without all this added narrative and the gap to the dreaded dotted line will likely close. Sheridan is almost always successful at Oldham, and while he can’t save the club from its troubles behind the scenes, he is likely the best placed to keep them up on it.

If he can get Oldham out of the bottom two come May, it may be the greatest managerial achievement of his career. It would almost definitely be his greatest achievement with Oldham, and could just potentially be the turning point for a club who have experienced one too many rock-bottom situations.