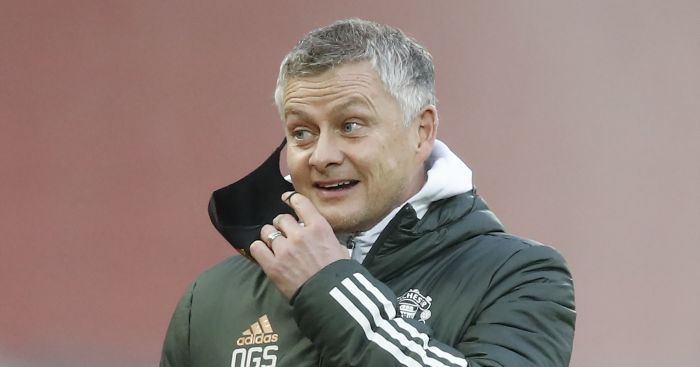 Ole Gunnar Solskjaer claims that Man Utd only invest in players if they have a “long-term role to play” at the club.

The Red Devils – who play Fulham on Wednesday – were criticised for doing much of their summer business on transfer deadline day, with Edinson Cavani seen at the time as a possible last-minute panic signing.

However, the Uruguayan has proved useful for Man Utd this season, scoring four goals in all competitions from only a handful of starts.

And Solskjaer insists that all signings are made with a view to the players being involved in the long term with no “quick fix.

“Whenever you get the chance to speak to players or learn about their personalities, what you get through a chat when you’ve been put together, that is very important,” Solskjaer said.

“And of course, we’ve been here, we know where we want to get to at Manchester United. Do you want to be part of bringing us back to the successful times – that’s always been one of the topics that we’ve discussed.

“We’re not here for a quick fix, we have players who have a long-term role to play. Even if it’s, say Edinson [Cavani] coming in at the age of 33, he still has a part-long term by who he is, and how he comes in and what he does to the club and to the players.”

When asked about the possibility of Man Utd taking up their one-year option on Juan Mata’s contract, Solskjaer added: “The decision is very difficult every time with Juan. You know he’s got the quality. If he plays, he scores goals, he’s contributed this season.

“Then again, we’ve had other players who have taken his role as well – Mason has done well in that position, Paul now, and Juan really contributes in and around the group.

“So it’s one of those that I have discussions with all the time, it’s difficult to leave him out but unfortunately that’s where it is at the moment, so no decision has been made there yet.”