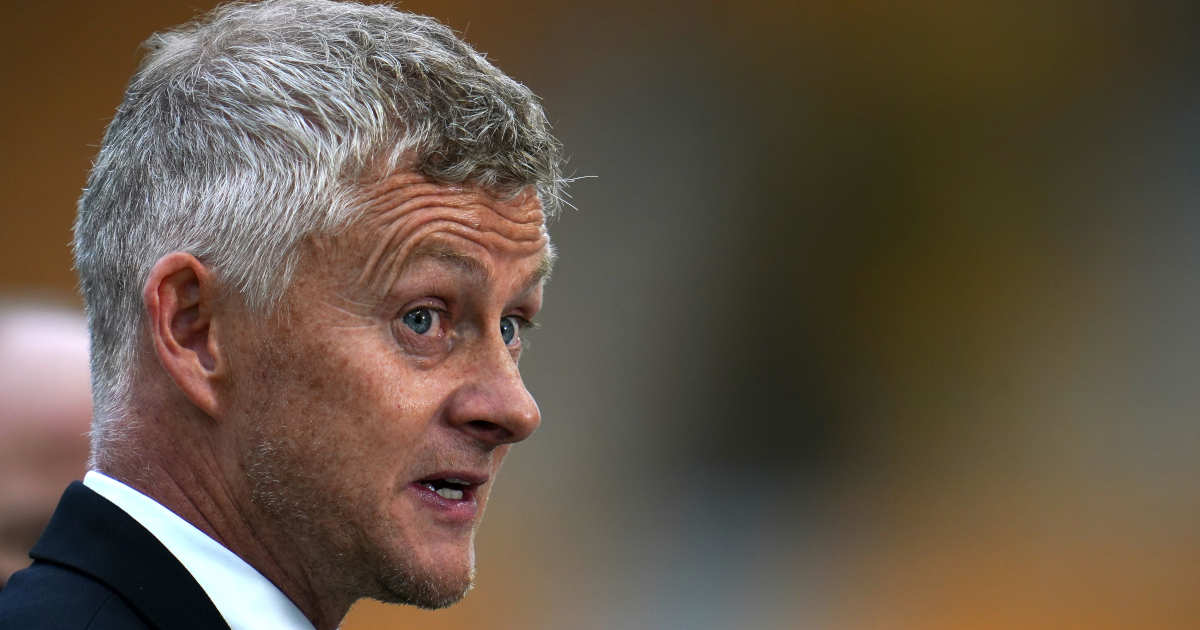 The morning after the night before, Manchester United’s defeat in Switzerland isn’t being blamed on Ole Gunnar Solskjaer (or Cristiano Ronaldo).

Neil, are you sure you’re okay?
Neil Custis was in Bern on Tuesday night, and he’s not happy with what he saw. In fact, he’s so unhappy that he left the magic words ‘Cristiano Ronaldo’ out of the first paragraph of his back-page report on the clash between Young Boys and Manchester United for The Sun. Perhaps tellingly, its actual first words are ‘Jesse Lingard’s schoolboy error sent Manchester United to a dramatic defeat in their Champions League opener’. Ah, so that’ll be who’s to blame, rather than the whole team for a lethargic performance, or Ole Gunnar Solskjaer for a complete lack of tactical acumen.

Turning inside for his match report, Custis is a little more scathing of the Manchester United manager, saying that ‘Solskjaer loses the plot’, but if there’s anyone ‘losing the plot’ here it might well be Neil, whose full report reads like a series of 3am text messages from a jilted lover. Lingard is criticised for his ‘woeful backpass’ early on, but his attention soon turns to the man who he really wants to write about: you guessed it, St Cristiano of Ronaldo.

‘You also have to question why blockbuster signing Cristiano Ronaldo was watching from the bench.’ (okay Neil)

‘But when you have Ronaldo, you will still have a chance to snatch the game.’ (okay, Neil!)

‘Not quite the way Ronaldo would have wanted to end a night when he matched the record of former team-mate Iker Casillas for appearances in this competition.’ (well, individual records count for little if the record-holder’s teams lose matches, but okay Neil, I can tell you’re distraught)

‘Ronaldo had darted in from the right, reading a pass that very few in the game could execute.’ (Neil, you’re starting to get a bit incoherent now)

‘After his stunning show on Saturday, he was up and running again already.’ (simpler times, eh, Neil?)

‘The final whistle went seconds later with Ronaldo trudging towards the tunnel and, no, he didn’t want to swap shirts.‘ (surely we’ve been repeatedly told over the last few days that he is the greatest role model that we could have wished for, but okay, Neil)

Young Boys, the winning team in Bern, barely a warrant a mention, but there is a curious statistic dropped in at the bottom of the page. ‘2 – United managed just two shots in the entire match – their fewest in a Champions League match since exact data was made available’. So in other words, St Cristiano barely had a shot all evening other than the goal? It’s a figure that raises an eyebrow about the performances of everybody in the Manchester United team, but for Neil Custis, who we can only presume wrote this report while dressed as Spiderman and perched on the top of a tall building, such details probably don’t matter too much.

Individual errors 2 Poor overall team performance and bad substitutions 1
Considering what happened in Bern, there is a certain delicious irony to both the Mirror and Express (who are under the same ownership) being wrapped in advertorials for bananas. Keep an eye out for those skins, lads.

David McDonnell was there for both papers but, while he does manage to squeeze ‘Cristiano Ronaldo’ into his opening paragraphs for the algorithms, it soon becomes pretty clear that he will be holding individual players culpable for United’s defeat rather than Ole Gunnar Solskjaer. Aaron Wan-Bissaka is described as ‘the villain of the piece’ for his red card, and in the very next paragraph, Jesse Lingard is ‘cast in the role of culprit’ over his ‘kamikaze back-pass’, but again there’s no mention of the failure of the manager’s substitutions.

These were mistakes, it has to be said, but a little later in his report McDonnell notes that ‘the match statistics told the story of a one-sided contest, the spirited hosts producing 20 attempts on goal to United’s meagre two’. So in other words, although individual errors may have ultimately led to this result, its foundations were a poor all-round team performance coupled with poor substitutions from a manager who looks tactically out of his depth in this competition? You wouldn’t know this from the Mirror/Express, who only seem capable of boiling what happened in Bern down to a few seconds out of 90 minutes.

Joining the dots (or not)
‘Young Boys 2 Old Master 1’, screams the Mail from its back page, leading Mediawatch to wonder whether the Swiss team might be a tad disappointed with the narrow margin of their win, considering that they were only playing against one player.

But never mind. Inside, Chris Wheeler starts his report by writing ‘And this was meant to be the easy group’, which may be news to Villarreal (who beat Manchester United on penalties to win the Europa League in May) and Atalanta (who finished above Juventus, Lazio, Napoli and Roma in last season’s Serie A and who beat both Liverpool and Ajax in the group stages of last season’s Champions League). Wednesday morning’s tabloids seem a little reluctant to place any of the blame for what happened in Bern, but again a single statistic tells what may be an important story: ‘7: Manchester United have lost seven out of their 11 CL games under Ole Gunnar Solskjaer, more than they did in 20 games under Louis Van Gaal and Jose Mourinho combined.’

All they have to do is join the dots. They’re so close.

Steve Harper, king of the algorithms
Moving on from Manchester United (finally), the Mail also has an interesting side-bar on its back page about Newcastle’ under-23 team getting into a fight in a nightclub. Or, as they put it in what may or may not be English, ‘Turmoil at Toon as U23 stars hurt in bar brawl’. That Newcastle, a football club without a rudder at present, should have players getting into fights probably isn’t that surprising. What is surprising is the weird flex that writer Craig Hope has put throughout the article.

‘Newcastle United are investigating after seven Under 23 players were involved in bar-room brawl with the friends of academy manager Steve Harper’s son, leaving some with facial injuries.’

Leaving aside the small question of whether the old man in the corner stopped playing the piano when this ‘bar-room brawl’ broke out, it takes a couple of paragraphs to confirm that Steve’s son James ‘was not one of the aggressors and ended up tending to some of the injured’, but Hope keeps returning to that ‘conflict of interest’, with a ‘source’ adding that ‘Steve has got a big job on his hands sorting out that place. It’s been a mess for years’. Who knew that Steve Harper was such meaty search engine content?

The solution to the European Super League debacle is a European Super League
And finally, a Newcastle academy team having a fight in a nightclub isn’t the only ‘EXCLUSIVE’ (printed in red, so we all know exactly how EXCLUSIVE it is) in the Mail.. Tom Collomosse has a report ahead of Leicester’s Europa League match against Napoli, explaining how the Napoli club president Aurelio de Laurentiis proposes a ‘radical shake-up’ of European football through… proposing a ‘a more lucrative pan-European league’ with ‘a democratic system of entry’, all of which sounds a little bit like ‘more or less exactly like the previous proposals, only without that ‘some clubs can’t be relegated’ thing’, and presumably including Napoli, who were not invited to join the league that was proposed earlier this year. How convenient.