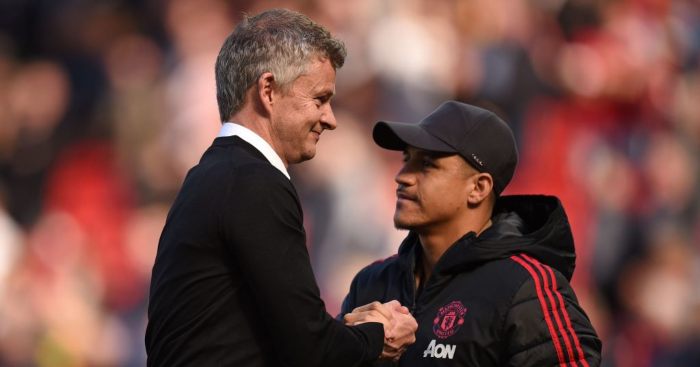 Ole Gunnar Solskjaer says that Alexis Sanchez will come back to Manchester United in the summer and prove everyone “wrong” – but dismissed reports that the Red Devils could recall him from Inter Milan in January.

The Chilean has been on loan at Inter this season but has suffered badly with injury and fitness issues, only making three starts and four substitute appearances for Antonio Conte’s men.

Sanchez would have been a welcome option at this point for Man Utd but does not have a recall clause in his loan deal, although Solskjaer expects him to have a Old Trafford future when he returns from Inter Milan in the summer.

“We’ve got players here we’re working hard to get back as well and if there is something out there, then the club are pursuing that and looking at it,” Solskjaer said.

“Of course it is a difficult window. It always has been. I can’t remember how many good ones we’ve brought in, good deals that we’ve brought in in January. Henrik (Larsson) was good, Nemanja (Vidic) and Patrice (Evra) were two good ones.”

When January 2018 signing Sanchez was mentioned, Solskjaer said: “It’s very hard because the clubs don’t want to lose their best players. Alexis will come back in the summer and prove you all wrong.”

There continues to be talk about possible outgoings but Solskjaer expects Marcos Rojo to stay put, despite having not played for two-and-a-half months and speculation over a move to former club Estudiantes De La Plata.

Asked if he could leave, the United boss said: “I wouldn’t think so. Marcos has been injured and has been working to get back and get fit again. A the moment it doesn’t look like it, no.”