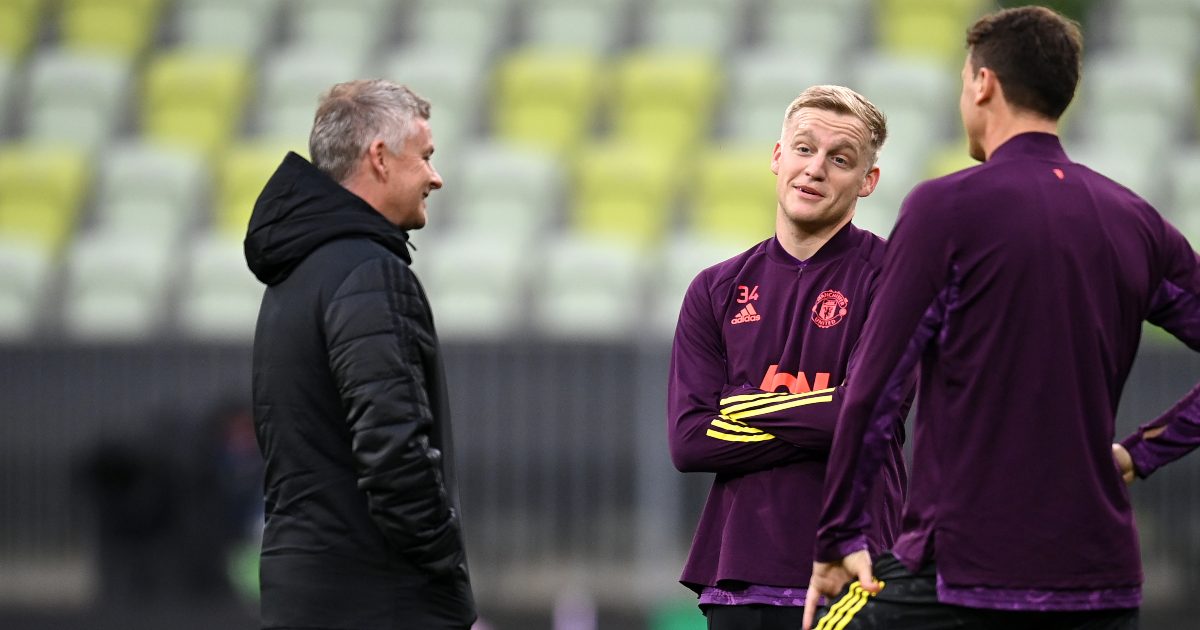 Donny van de Beek was open to the idea of leaving Man Utd, but Ole Gunnar Solskjaer has “blocked” his move to a Premier League rival, according to reports.

His form for the Dutch side tempted Man Utd to sign him last summer. Solskjaer’s side splashed out £35m plus £5m in add-ons to sign the central midfielder.

Van de Beek struggled last season as he only netted once from his 19 outings in the Premier League. He has been linked with a move away from United this summer.

Dutch outlet Algemeen Dagblad (as cited by Sport Witness) have reported that Everton made a “late attempt” to sign the midfielder on loan.

The report adds that Van de Beek “wasn’t against the idea” but Solskjaer “blocked the move”. This will see him remain at United until January at least.

Elsewhere, Jamie Redknapp has suggested that Solskjaer “has to win something” this season:

“Ronaldo going back to Manchester United, it’s nostalgic, it’s amazing. The beauty of it is that it’s going to be so good to see him back.

“The other side of it is that he’s 36. How does Ole fit him in? Where does this now all fit for Manchester United because they’ve got five great strikers or players who can play in that front line.

“Ronaldo it seems, at this age, can only play as a central striker. Marcus Rashford, [Edinson] Cavani, are they going to get in this team?

“Ole Gunnar Solskjaer has got such a big job to keep everybody happy. That brings tremendous pressure because now, not having won anything at Manchester United, he has to win something.

“Ole now, as excited as he is, this will bring a lot of sleepless nights trying to keep everybody happy in that football club.

“Manchester United have to be contending. Chelsea are obviously going to be contending, Man City…Man Utd were 12 points behind them, but if you’re signing those three players you’re hoping they make up that 12-point deficit.

“Liverpool have also got a great chance, there are four runners and Manchester United are right in there, but if they don’t contend then I don’t see how Ole can be in a job next year because he hasn’t done enough with the players at his disposal.”