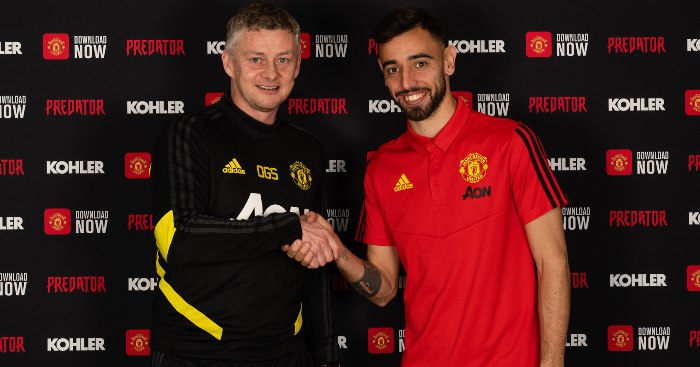 Fernandes has signed a five-and-a-half-year contract at Old Trafford, with the option of a further 12-month extension, in a deal worth an initial £46.6million.

The long-anticipated deal was finalised on Thursday after Fernandes, who has 19 international caps, agreed personal terms and passed a medical.

United manager Solskjaer said: “We have been tracking Bruno for many months and everyone here has been tremendously impressed with all his attributes and what he will bring to this team.

“Most importantly he is a terrific human being with a great personality and his leadership qualities are clear for all to see.”

Fernandes revealed the role Cristiano Ronaldo played in his move to Old Trafford.