Man Utd have confirmed the signing of Alex Telles from Porto on a four-year contract... 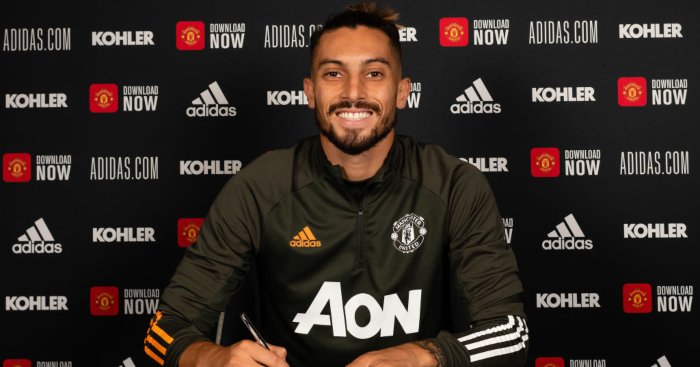 Man Utd have confirmed the signing of left-back Alex Telles from Portuguese side Porto on a four-year deal with the option of another.

Boss Ole Gunnar Solskjaer has been searching for a new defender all summer and was beaten to Sergio Reguilon by Spurs recently.

The Red Devils didn’t disclose the fee but reports have claimed that United agreed a deal for £15.4m to secure Telles’ signature.

The Brazil international scored an incredible 11 goals in 31 appearances for Porto in the Portuguese top flight last campaign, while he also contributed eight assists.

Speaking to the club’s official website, Telles said: “To join a club with the prestige of Manchester United is a huge honour. You have to work hard to get to this moment in your career and now I am coming to this club, I can promise that I will give everything in my heart to be a success here.

“I won many trophies at FC Porto and I want to continue that at United. The manager has a clear plan and direction for this team and I can’t wait to pull on the famous shirt.”

Solskjaer added: “First and foremost, I welcome Alex to United. He is a player we have been tracking for some time and his performances over the past few years are exactly what we are looking for. He is a fighter and a winner and will add real determination and competition to the squad.

“Alex has the qualities, both as a player and as a person, that we want here at Manchester United.”