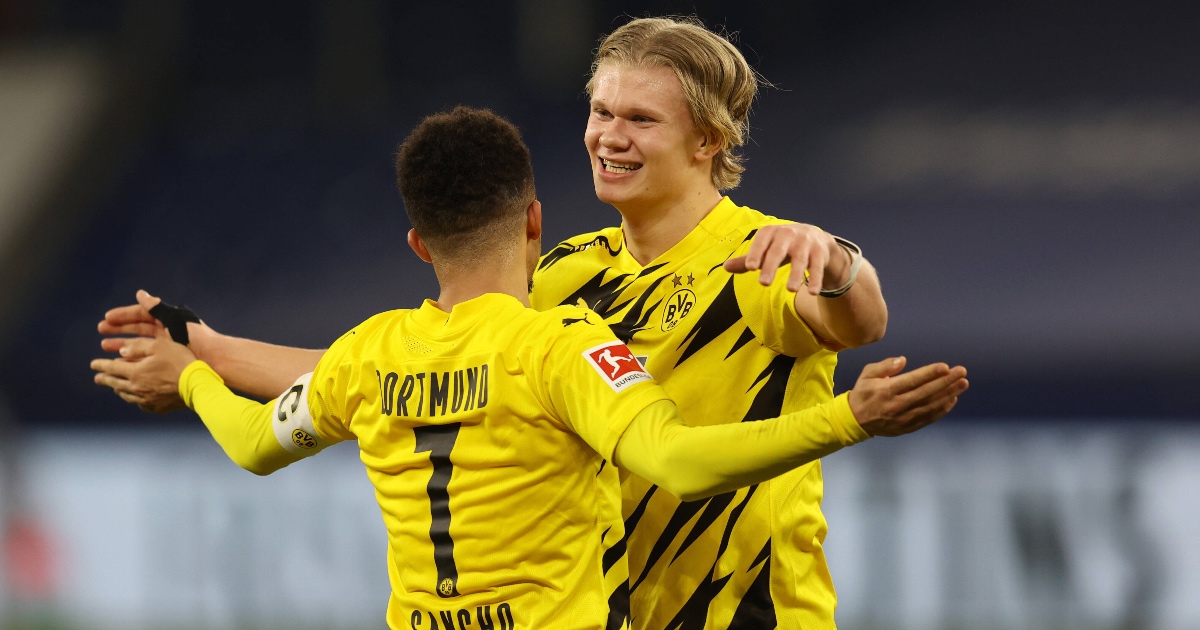 The Norwegian manager is thought to have a good relationship with the Dortmund wonderkid.

He continues to be linked with a major move this summer, with Chelsea also in the running for his signature.

When asked about Haaland in a press conference on Wednesday, Solskjaer said: “When you have had kids and players through as a coach, you follow them and I keep in touch with Erling.

“It’s great to see him become the player he has become and [how] he works to improve all the time. He’s a Borussia Dortmund player – we just wish him well there and let’s see what life will bring later on.”

Solskjaer refused to rule out a move for his compatriot in the future. He continued: “I can’t speak about Erling, he’s with Dortmund and it’s disrespectful to talk about it apart from I know him and speak to him.

“Who wasn’t interested in him a year ago? Everybody would say you take the best players in the world.”

Haaland has become one of the brightest stars in Europe since joining Dortmund from Red Bull Salzburg.

He’s bagged an incredible 27 goals in 25 matches this campaign, which includes two in a recent 4-0 derby win over Schalke.

Haaland has proven his talent in the Champions League on multiple occasions, too.

Last week, he took his scoring tally to eight goals in the competition by bagging two against Sevilla.

His agent, Mino Raiola, revealed yesterday that four Premier League sides are in the running for a transfer.

Raiola didn’t disclose which clubs, but it’s expected that Man Utd and Chelsea are firmly in the race.

That could set up a huge transfer battle either this summer or next summer for the future star.

Haaland is the prime option to solve Solskjaer’s problems in attack.