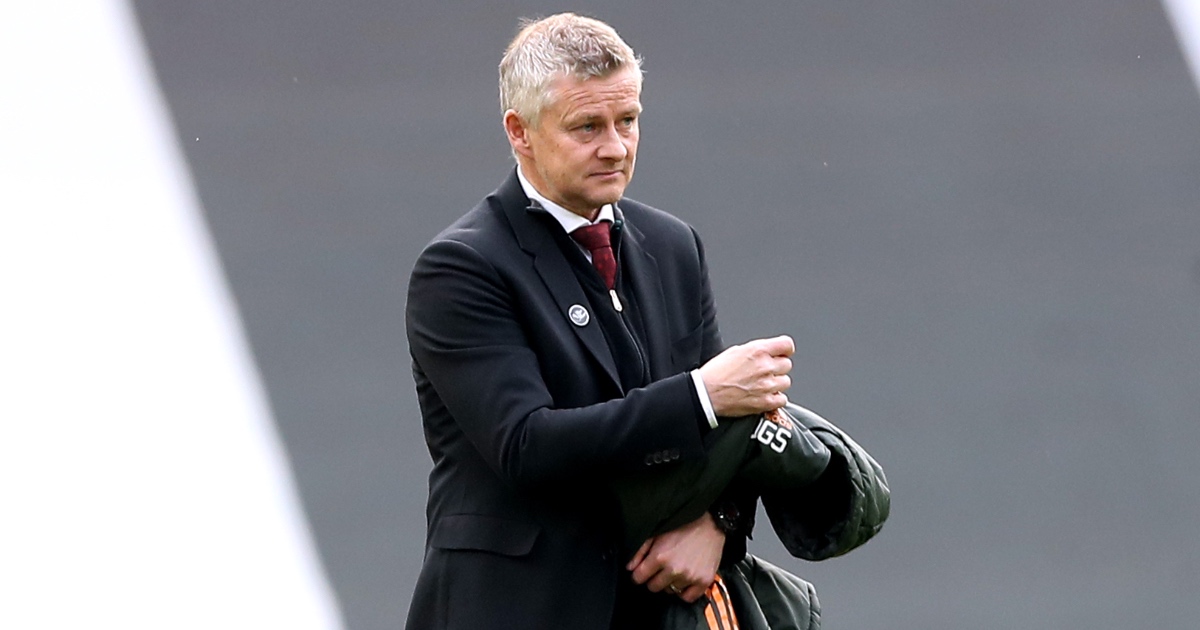 Manchester United boss Ole Gunnar Solskjaer has spoken with fans during their anti-Glazer protests at the club’s training ground.

A group of around 20 fans blocked the entrance to United’s Carrington training base on Thursday morning.

They held banners saying ‘Glazers Out’ and ‘51% MUFC 20’ in response to United’s involvement in the European Super League.

OPINION: What are John W Henry and FSG smoking over there at Anfield?

A club statement read: “At approximately 9am this morning a group gained access to the club training ground.

“The manager and others spoke to them. Buildings were secure and the group has now left the site.”

The group also managed to get onto the first-team training pitch.

Solskjaer is due to speak about the failed Super League during his press conference on Friday.

The Norwegian manager will likely be asked how much he knew before the plans were released, and how the players have reacted.

It’s thought that Solskjaer found out just before United’s 3-1 win over Burnley on Sunday evening.

However, he wasn’t told any background information and had to face the media with little knowledge of what was actually happening.

His players are thought to be angry with how the situation was handled. Club captain Harry Maguire reportedly confronted vice chairman Ed Woodward over the plans and the secrecy with which they were drawn up.

Woodward has decided to stand down from his position at Old Trafford at the end of the year.

It was initially thought that this was unrelated to United’s involvement in the ESL.

But reports have since emerged stating that he clashed with the club’s owners about the saga.

Woodward quickly realised he had made ‘one of the biggest mistakes of his career’ and tried to get United to exit.

The Glazer brothers were still involved in the breakaway proposals and as such asked for his resignation.

Nine out of the 12 ‘founding members’ have now stepped away. They include all six Premier League teams, as well as Atletico Madrid, Inter Milan and AC Milan.

It looks like they will now draw up new plans to change European football.

But with the fan backlash still so fresh in the memory, it’s unclear how they will ever manage to get such changes to go through.