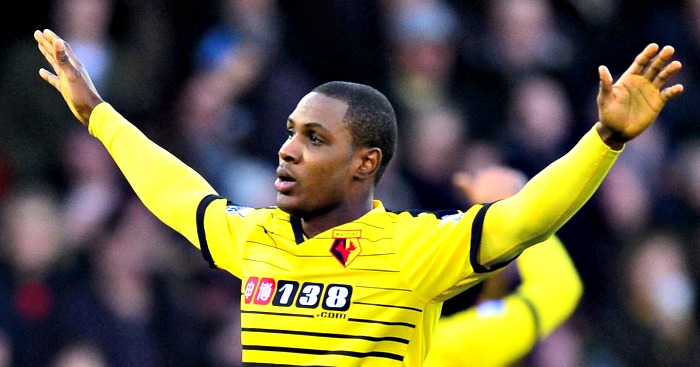 The United boss has been open about his desire to bring in an attacker this month, especially after Marcus Rashford’s back injury compounded the summer departures of Alexis Sanchez and Romelu Lukaku to Inter Milan.

The Red Devils boss did not expect any new faces to arrive when facing the media on Friday morning, but the club have sealed a shock deal for Shanghai Shenhua striker Ighalo.

The 30-year-old, who grew up as a United fan idolising Dwight Yorke and Andrew Cole, has joined on loan for the remainder of the season.

Solskjaer said on the club website: “Odion is an experienced player. He will come in and give us an option of a different type of centre-forward for the short spell he’s staying with us.

“A great lad and very professional, he will make the most of his time here.”

United are not believed to have the option to make the loan deal permanent for a player whose attempt to leave China earlier in the week was reportedly thwarted by the knock-on effect of the coronavirus outbreak.

Ighalo is understood to have turned down the overtures of another Premier League club to join the Old Trafford giants, where he will help address a short-term injury issue.

The Nigeria international is due to head to Manchester from China over the coming days as United head into their winter break.

Solskjaer had hoped to have Erling Haaland at his disposal moving forwards, but Borussia Dortmund managed to beat them to the highly-rated Red Bull Salzburg striker.

There was interest in Bournemouth’s Josh King as they weighed up options as the deadline approached, but United are understood to have preferred a loan and baulked at the asking price for a permanent deal.

Instead, Ighalo will be the man tasked with helping United end the campaign with a trophy and Champions League qualification.