The Norwegian has said he is a fan of the Bailly-Maguire partnership he deployed in the win over Luton... 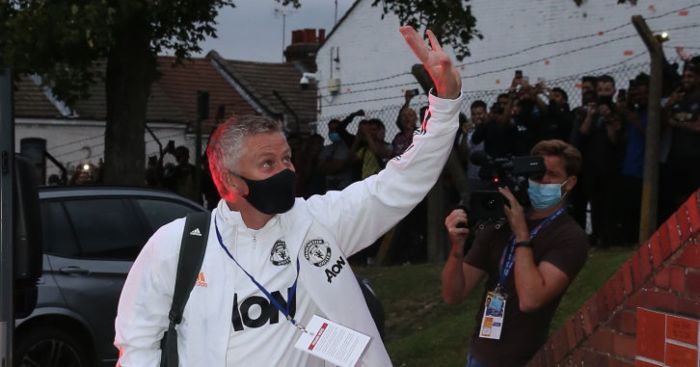 Ole Gunnar Solskjaer has described Eric Bailly’s return from injury as a “big big plus” for Man Utd in a hint that Victor Lindelof’s place in the team is under threat.

While Ian Wright slammed Lindelof and Harry Maguire for getting “absolutely roasted” and said they are “not good enough” if the Red Devils want to win trophies.

MAILBOX: Man Utd have 12 days to sell Pogba, and other Mails…

The duo have received plenty of criticism in recent months and the return of Bailly, who recovered from injury to face Luton Town in the week, is a welcome boost for Man Utd boss Solskjaer.

And the Norwegian has said he is a fan of the Bailly-Maguire partnership he deployed in the win over Luton, suggesting that Lindelof could be swapped out if performances don’t improve.

Solskjaer told reporters: “I think last season proved to us how we can defend at our best, last week wasn’t fantastic, we conceded sloppy goals but I think our defensive record from last season with Eric and Harry how good a partnership they were.

“Eric is fit again, a big big plus and looking forward to seeing him develop and play more games. We’ve been waiting him to be fit and play more regularly.”

On the Palace performance, Solskjaer added: “I wasn’t happy with the game against Palace, we weren’t ready, not ready to play at intensity we needed. The runs weren’t there.

“After the restart in June and July we took big, big strides. Palace was a very disappointing one, but I am still confident. We need more imagination (than last week) that is for sure.”