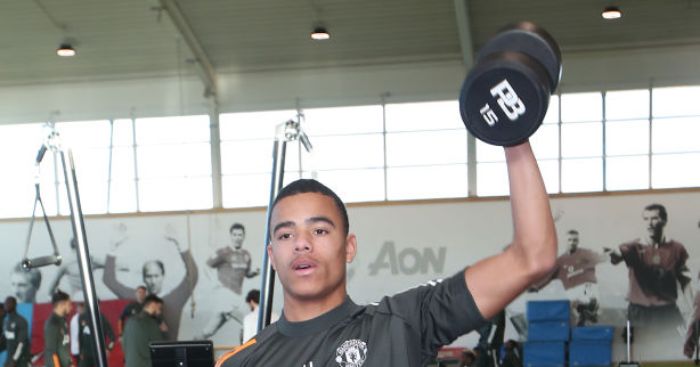 Man Utd boss Ole Gunnar Solskjaer thinks Mason Greenwood could benefit from a “step back” after a lack of goals this term.

The Englishman was on form at the end of last season and finished the campaign on double figures having started 12 Premier League matches.

So far, Greenwood has failed to carry that form on into this season with no Premier League goals in five appearances.

The 19-year-old has been missing for most of the international break with illness but Solskjaer is backing the Man Utd starlet to return to form.

“The boy’s only 19 and he’s had a fantastic year,” Solskjaer told journalists.

“If we go a year back, I left him out of the Carabao Cup against Chelsea. Mason stayed back and played against Doncaster in the Checkatrade (Trophy) to get game time and that’s how far he’s come. You have to take a step back sometimes.

“Now he’s got 19 goals for the first team, he’s made his England debut, he scored on his first Under-21s game. He’s had a fantastic development.”

Solskjaer added: “Of course the headlines are going to be there about him when he scores, if he doesn’t play.

“Everyone’s allowed to not be well and if you’re not well, you can’t train. He’s now stayed away, he’s been away eight or nine days from training.

“We’re just starting building him up again. I have no doubts about him. He’s got a very good head on him and his talent is there for everyone to see.”